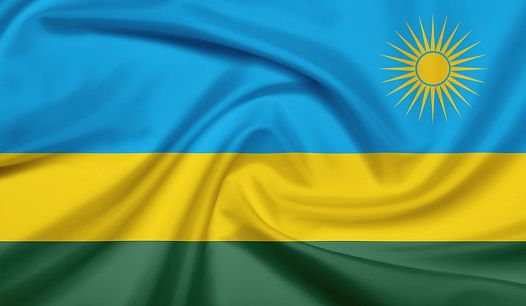 In the lead up to the wedding royale between Prince Harry and Meghan Markle, a popular British tabloid, The Independent, published a piece suggesting possible destinations for the couple’s honeymoon. Rwanda is among the 5 places of choice mentioned in the article. Others are Namibia, Brazil, The Philippines, and Italy.

The medium reports that, “Meghan visited the “Land of a Thousand Hills” (Rwanda) as a World Vision global ambassador in 2016 and called the experience “incredible”.

The miraculous turnaround in fortunes of this geographically tiny country has created an endearing fascination in the hearts of many across the globe. Seeing, they say, is believing; this writer used the occasion of a recent working trip to Kigali to interrogate the question: What makes Rwanda tick?

For an estimated population of about 15million people, Rwanda appears to be pushing above its weight if one juxtaposes its chequered history since independence with the fast-pace drive into economic prospective in recent time.

Having spent few days attending the 2018 Transform Africa Summit, engaging in discussions and interacting with critical stakeholders in the ICT sector from within and beyond the continent, the secrets of the wonder playing out in Rwanda come to the fore.

The International Monetary Fund has projected an expansion of 7.2percent in the economy of this Central African nation in 2018 (one of the highest in the region). According to the IMF, Rwanda has averaged a sustained economic growth of 5-6percent in the last one decade. One can argue that, while Rwanda has exploited the 1994 genocide as ‘easy pass’ to attracting foreign aids some twenty-three years on, the government of Paul Kegame has also embarked on ambitious investments in technology and physical infrastructures to reduce high poverty level, mainly among the rural populace.

By the end of May 2018, German car maker, Volkswagen, is expected to roll out the first car to be assembled in its Kigali plant, being part of an incredible $20million investment in Rwanda. Furthermore, the government in Berlin, on Thursday, May 17, formalised a bilateral deal with Rwanda, worth 29million Euros, to boost expansion of local private businesses, over the next three years.

Tourism, which perhaps attracted the newest British royal couple to consider honeymooning in Rwanda, is also being carefully orchestrated to keep magnetising many more tourists to come spend few days – and of course money – in a country blessed with a plethora of eye-catching scenes, both natural and artificial. The International Congress and Convention Association (ICCA), earlier this year, ranked Rwanda’s Kigali as the third best place to host A-list conferences, seminars and workshops, in Africa. The other two in the top three are South Africa’s sprawling Cape Town and the historic Moroccan city of Casablanca.

Available statistics from the country’s Convention Bureau show that Rwanda welcomed 23,804 and 28,308 delegates who attended various international meetings in 2016 and 2017 respectively, as tourism continues to maintain its prime position as the country’s numero uno when it comes to foreign exchange earnings. According to the Bureau’s Chief Executive Officer, Denise Omany, the country has set her eyes on surging revenue from tourism to $74million in 2018, from the $42million scooped through the sector in the precious year.

One of the 4,000plus delegates who attended the 2018 Transform Africa Summit, held at the magnificently built dome-shape Kigali Convention Centre, is Nigeria’s Bankole Oloruntoba, of Nigeria Incubators and Innovators’ Network (NIINE), who is known for his advocacy in engendering technology driven policies targeting innovative youths. He emphasised that, “While Rwanda, like many African countries, is grappling with high quotum of unemployment among the younger ones, the setting up of an ‘Innovation Fund’ by the government is epochal in rewarding creativity among budding ICT inventors.”

Talking of investment in the young locals, one of the changes witnessed in Rwanda (post 1994 genocide) was the introduction of English language in the school curriculum. What that does is to open Rwanda up as a multi-lingua society, hence the common barriers in communication – prevalent in most African communities – are virtually non-existent here. Asides the popular native Kinyarwanda, an average Rwandan is able to converse in French and English considerably well.

Another attraction to Rwanda from the outside world is the near total guarantee of security, most importantly in Kigali. The State runs an efficient police system which is a luxury not in abundant supply elsewhere on the continent as violent non State actors often threaten the very existence of societal structures. The traction of peace and security in the Rwanda of today can’t, without doubt, be overemphasized when one talks through its humpty-dumpty journey so far.

If sustained, the current wave of positive transformation unfolding in Rwanda would not only open new frontiers of growth and development for its people, but is equally capable of turning decades of shackled dreams into overnight realities.

The impending implosion of APC