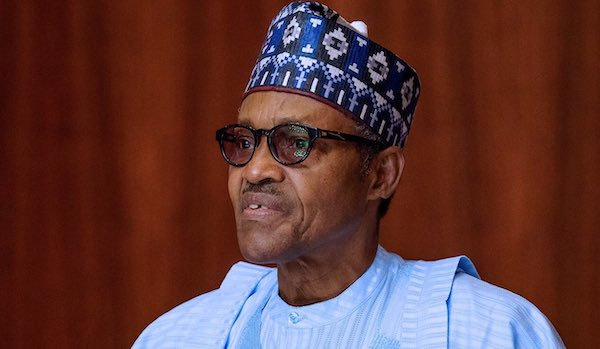 The Human Rights Writers Association of Nigeria (HURIWA) has issued a warning to President Muhammadu Buhari over the handling of the issues surrounding the Minister of Communications and Digital Economy, Isa Ali-Pantami.

According to HURIWA, the president risks being tagged a sympathiser of the Al-Qaeda and Taliban, if he refuses to sack Pantami.

Ripples Nigeria had reported that inciting sermons issued by Pantami in the past supporting the aforementioned terrorist groups dominated the airwaves last week.

This led to calls from critics demanding his resignation or sack.

Supporting this stance, HURIWA in a statement issued on Tuesday, April 20, by its National Coordinator, Comrade Emmanuel Onwubiko, and National Media Affairs Director Zainab Yusuf, urged Buhari to dismiss Pantami for his affinity and endorsement of global jihadist movement.

The statement reads: “It is in the interest of the President Muhammadu Buhari administration to clear suspicions that it is a sympathiser of international terrorism by sacking Pantami who has admitted espousing the teachings of Al- Queada and Taliban previously.”

According to HURIWA, Buhari would be sued to the International Criminal Court (ICC) if he refuses to do the right thing. It said patriotic groups could canvass claims that the mass killings of Christians in the North by armed herdsmen and Islamists were tolerated by the President because of his decision to keep a man who had confessed to have backed Al- Queada and Taliban.

It appealed to members of the Civil Rights Advocacy movements in Nigeria to send petitions to the United States Congress to designate President Buhari’s administration as a sympathiser of AlQaeda and Taliban, and then impose specific sanctions on the president and his ministers.

‘No to bargaining, kill them all,’ El-Rufai restates position on bandits