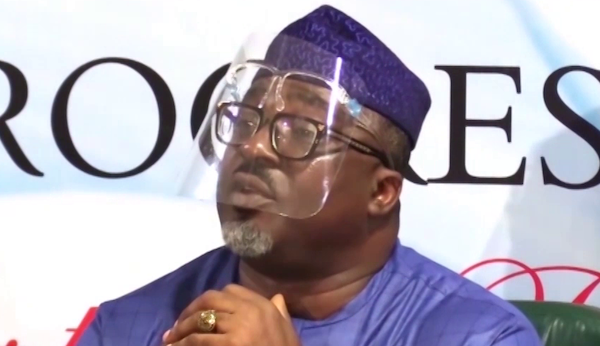 The 18 members of the dissolved National Working Committee (NWC) of the All Progressives Congress (APC) have rejected the outcome of Thursday’s National Executive Committee (NEC) meeting held in Abuja.

The NWC had shunned the meeting convened by the APC former Deputy National Secretary, Victor Giadom, who was one of the persons that laid claim to the party’s chairmanship position following the suspension of its erstwhile substantive chairman, Adams Oshiomhole, by the Court of Appeal.

They challenged Giadom’s right to convene the NEC meeting and declared their readiness to challenge the outcome in court.

The statement read: “Article 25(B) of the Constitution of the APC is explicit that only the National Chairman or the National Working Committee (NWC) is given the prerogative of summoning meetings of the National Executive Committee (NEC) of the party cither for statutory quarterly meetings or for emergency meetings. The same provision of the constitution makes it compulsory for notice of minimum of14 days in respect of statutory quarterly meetings and seven days in respect of an emergency meeting.

“We note that Chief Victor Giadom had convened and conducted a virtual meeting purportedly to be a National Executive Committee (NEC) meeting of our party wherein certain far-reaching resolutions were purportedly reached. While the National Working Committee is studying the unfolding drama, it will be consulting with stakeholders and a team of lawyers on the next line of action.”

At the NEC meeting held at the State House, Abuja, the APC dissolved the NWC and put in place a caretaker committee headed by the Yobe State governor, Mai Buni, to run the affairs of the party until a convention is held to elect new NWC members.