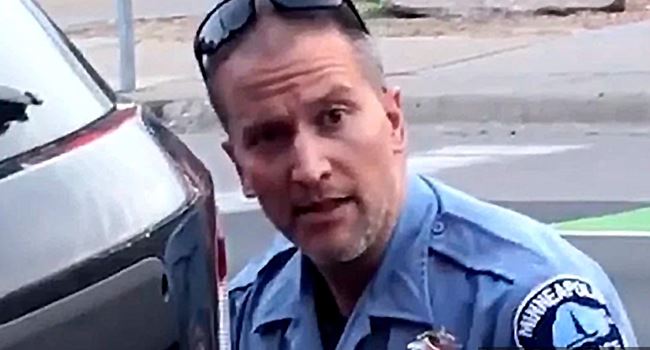 Ex-Minneapolis Police Officer, Derek Chauvin, at the center of George Floyd’s death is set to appear in court for a hearing on Monday June 8.

The hearing previously scheduled to hold on Monday 2:00 pm Eastern Time (7:00pm), as jail records and a Hennepin County Court official disclosed was pushed back until June 8.

The ex-officer has now been moved to a Minnesota Department of Corrections facility in Oak Park Heights, northeast of Minneapolis, partially due to the COVID-19 concerns.

Meanwhile, widespread protests in at least 40 US cities are ongoing as the police have reportedly made at least 1,669 arrests in 22 cities in recent days.

Chauvin, 44, charged under Minnesota law with third degree murder and second degree manslaughter was convicted on Friday after he was filmed strangling Floyd, 46, to death with a knee on his neck.

For murder of the third degree, he is accused to have caused the death of George Floyd “by perpetrating an act eminently dangerous to the victim and evincing a depraved mind,”.

For manslaughter of the second degree, Chauvin is accused of taking “an unreasonable risk, and consciously taking chances of causing death or great bodily harm to another”.