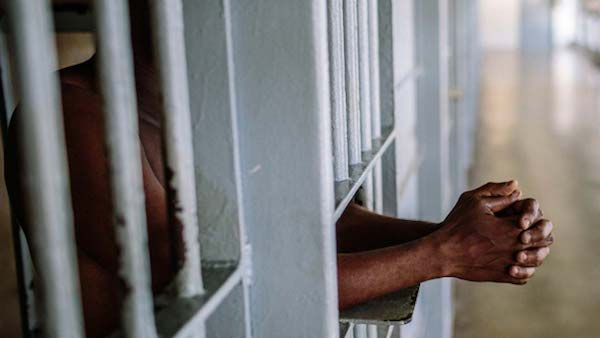 A 28-year-old South African serial rapist identified as Lucky Lehloo, who began his raping and armed robbery spree at the age of 15, has been been sentenced to two life imprisonment terms.

An additional 293 years was slammed on him by the Klerksdorp Regional Court.

The court handed down the stiff sentence on Lehloo on Thursday after he was found guilty on 13 counts of rape and eight counts of armed robbery with aggravating circumstances.

The South African National Prosecuting Authority’s North West spokesperson, Henry Mamothame, said Lehloo’s conviction was linked to a series of offences he committed between November 2014 and July 2018 in Tshing, Ventersdorp in the North West province.

According to Mamothame, “Lehloo was only 15-years-old when he went on a crime spree, raping eight women in their homes, while five were raped in bushes.”

“Lehloo broke in and robbed them of their cellphones and money and raped them before fleeing the scene.

“In one house that he broke into, he found three women, robbed them of their cellphones and raped them. One of the victims was a 73-year-old elderly woman who passed on in January 2020.

“In another incident, Lehloo raped a 15-year-old girl. He went to a home where he found the teenager and deceived her into believing her grandmother had sent him to work in the garden.

“She then provided him with the garden tools but he later walked into the house and raped her. In two of the incidents, Lehloo severely assaulted and stabbed the victims with a knife and raped them before fleeing the scene,” Mamothame added.