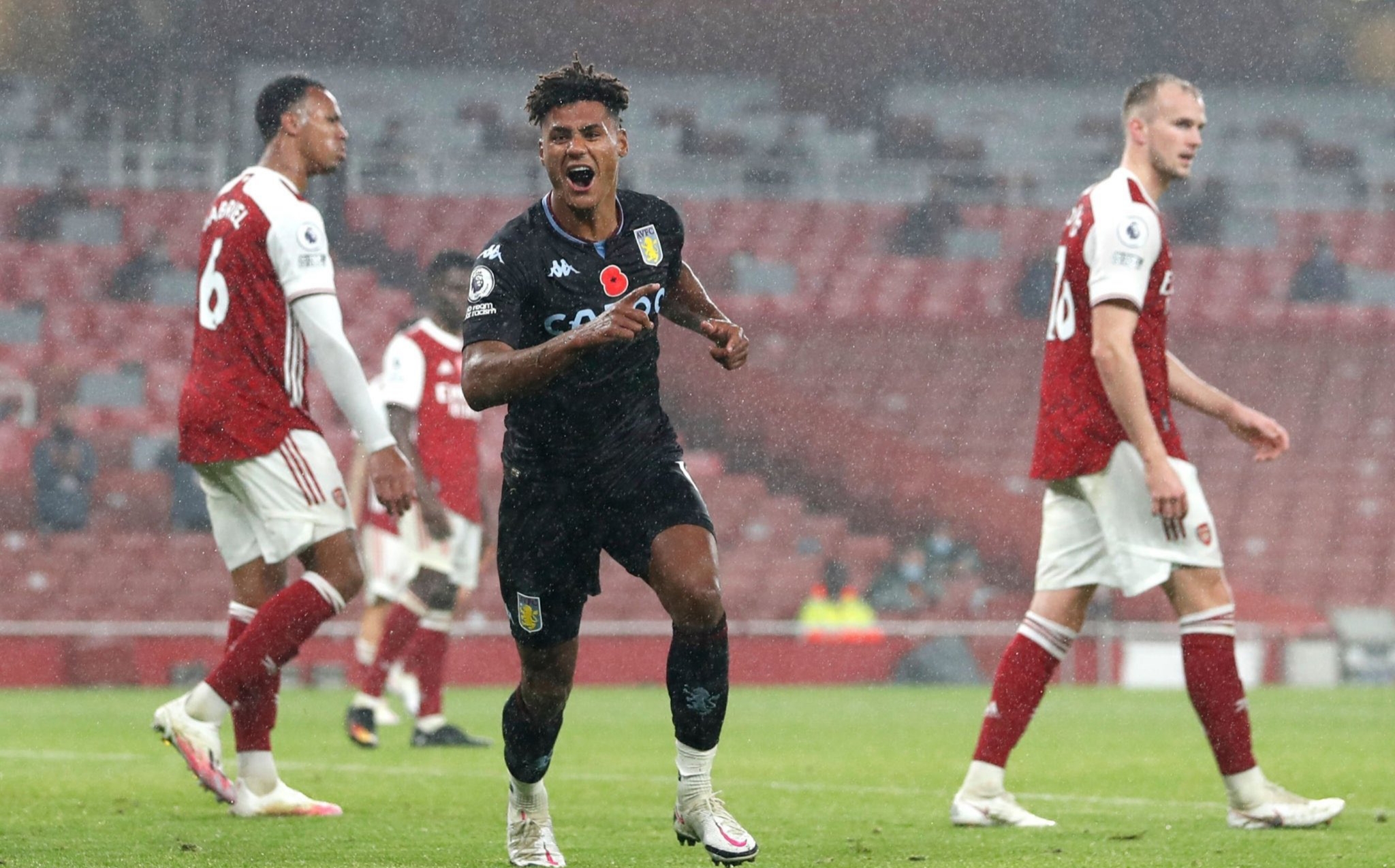 Bukayo Saka scored an own goal as Arsenal were defeated 3-0 by Aston Villa in a Premier League encounter at the Emirates Stadium on Sunday.

The 19-year-old turned Matt Targett’s cross into his own net midway through the first half, as Villa had had a goal ruled out inside the first minute when John McGinn thumped home Jack Grealish’s cross.

A 72nd and 75th-minutes double by Ollie Watkins then handed Aston Villa the impressive victory and helped them move up to sixth in the Premier League.

Watkins has now scored six Premier League goals this season, including scored a hat-trick in a 7-2 win against champions Liverpool earlier this season.

Defeat leaves an inconsistent Arsenal 11th in the table while the win maintained Villa’s 100% away record so far this season.

Earlier on Sunday, Kelvin de Bruyne missed a chance to help Manchester City win at home after he failed to score a penalty against Liverpool.

The Pep Guardiola side were held to a 1-1 draw by the champions, who opened the scoring before having it cancelled by an counter effort from their hosts.

It was Mohamed Salah who scored for the Reds in the 13th minute from the spot, before Gabriel Jesus scored on 31 minute after he was assisted by De Bruyne.

Just before the break, De Bruyne wasted the golden chance as he rolled his penalty wide after handball had been awarded against Joe Gomez following a lengthy VAR deliberation.

Meanwhile, Liverpool’s point was not enough to help them leapfrog Tottenham and Leicester City back to the summit of the Premier League. The Jurgen Klopp side stay third.