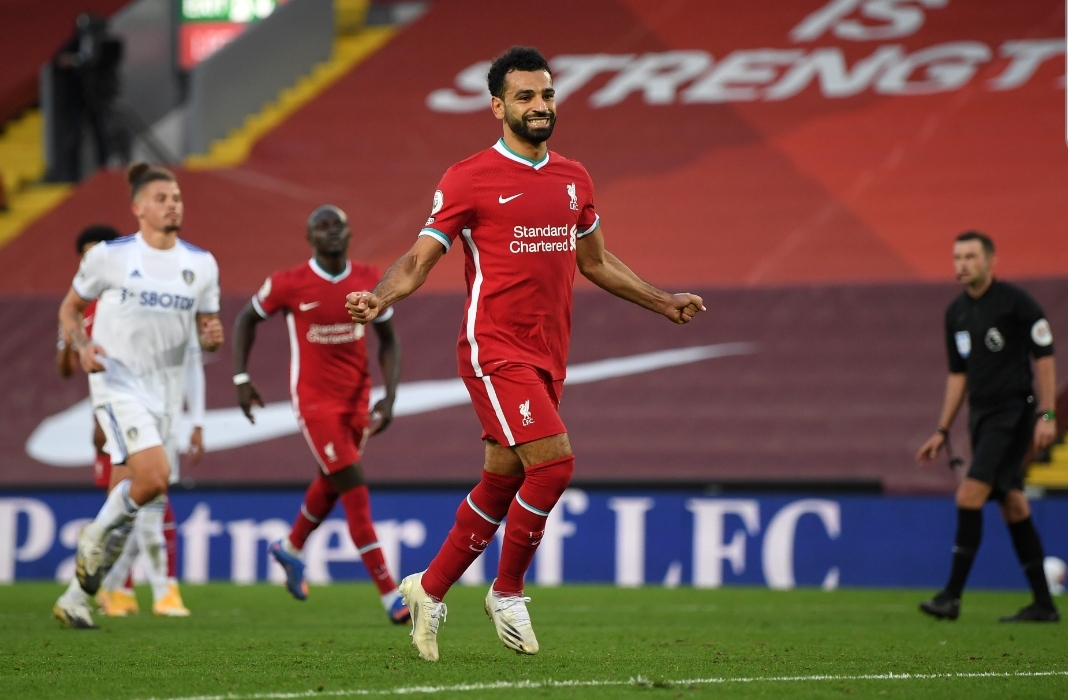 Champions Liverpool have begun their defense of the English Premier League title with a thrilling victory over promoted Leeds United at Anfield on Saturday.

He became the first Liverpool player to score a hat-trick in the opening game of a league season since John Aldridge against Charlton in 1988-89.

Liverpool won the English topflight title last season, and have started on a bright note with victory over Championship winners, Leeds.

In a game which also contained four disallowed goals, Leeds were not to be brushed aside as they pegged back three times before the Rodriguez challenged Fabinho in the 88th minute, leaving Salah to convert from the spot.

Liverpool play their next game at Chelsea in the Premier League next Sunday, while Leeds are in Carabao Cup second-round action at home to Hull on Wednesday.