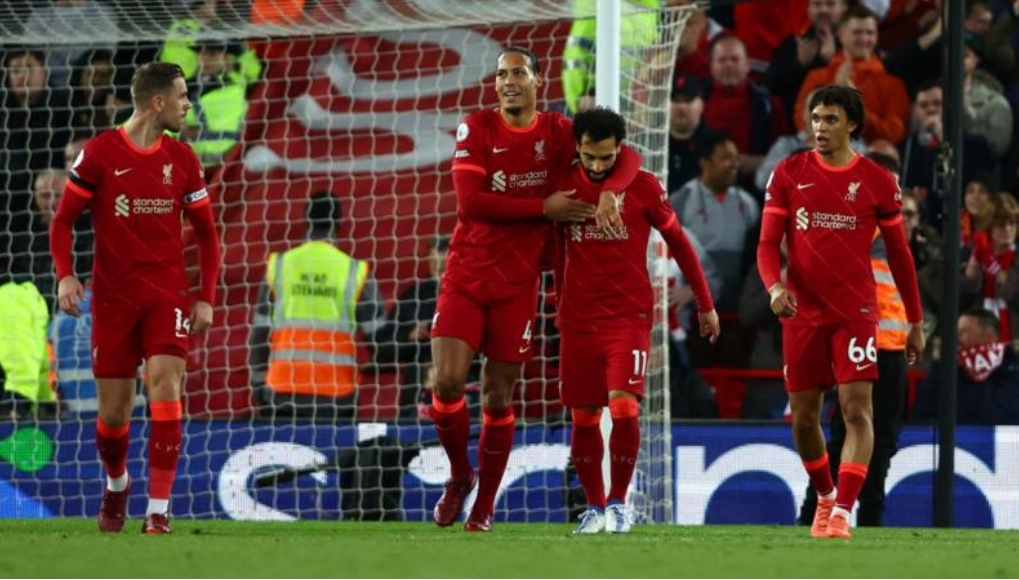 Salah scored twice and Mane bagged a goal while Luis Diaz also found the back of the net in the opener.

With the win, the Jurgen Klopp side moved top of the league table, with Manchester City standing to regain top spot when they face Brighton on Wednesday night.

The Red Devils were without Cristiano Ronaldo, who was absent following the death of his new-born son.

During the game, both sets of supporters paid a moving tribute with applause in the seventh minute.

While Liverpool go two points ahead of City at the top, Manchester United, who could have moved level on points with fourth-placed Tottenham, remain sixth.

On Saturday, the Red Devils will face fifth-placed Arsenal at the Emirates Stadium.