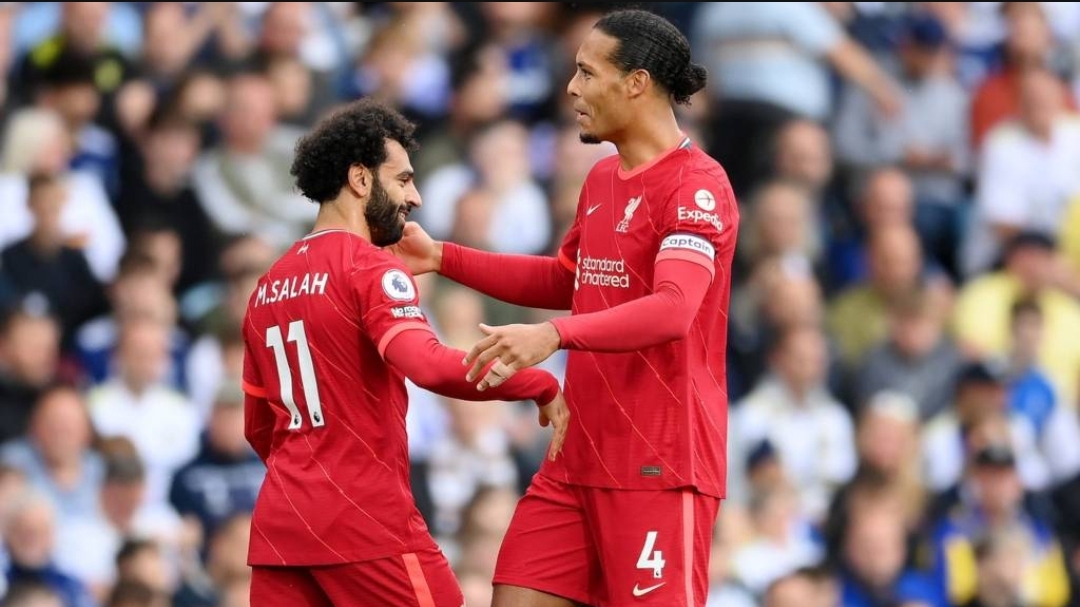 Mohamed Salah scored his 100th goal in the Premier League as he helped Liverpool clinch a 3-0 victory over Leeds United on Sunday.

The Egyptian opened the scoring in the 20th minute on a day he was making his 162nd appearance in the English topflight.

Fabinho and Sadio Mane were the other goalscorers in the game.

Jurgen Klopp’s side move to 10 points, level at the top, but with a worse goal difference than Manchester United and Chelsea.

Liverpool however suffered a serious injury during the game.

18-year-old Harvey Elliott was carried off on a stretcher and taken to hospital following a challenge by Leeds defender Pascal Struijk, who was sent off.

“We’ll play without him, but we will wait for him as well because he is a top player,” said Klopp after the game.