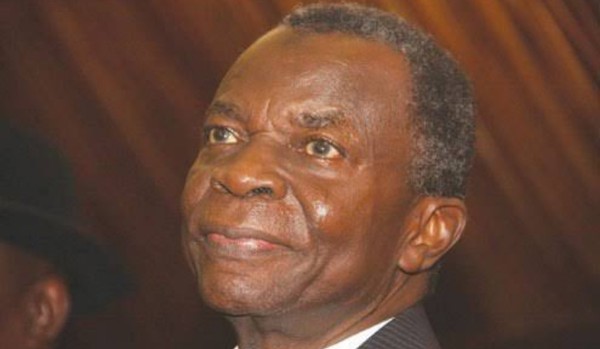 A group, Global Forum for Accountability and Transparency, has faulted the recommendation by the Justice Ayo Salami-led panel that the Economic and Financial Crimes Commission (EFCC) should henceforth be headed by non-police officers.

According to the group, the recommendation is a ploy to weaken the Commission.

It also argued that for headship of the EFCC to be a non Police officer is to finally ground the EFCC, insisting that it is counterproductive to the anti corruption fight.

The Convener of the group, Joseph Ambakederimo stated this in a statement on Sunday, arguing that “the EFCC is a law enforcement agency, therefore for anyone to have recommended the headship to be a non Police officer is deeply troubling”.

According to him, these recommendations were not part of the terms of reference of the panel, adding that the anti-graft agency cannot carry out its functions effectively without the backing of the Police.

The group, while expressinv concern that the recommendations as pushed by “this emerging cabal to the President are not foolproof afterall”, insisting that, what is needes for the EFCC is an outstanding Police Officer that knows his or her onion and would be desirous to leave a lasting legacy for future generations to imbibe his or her footprints.

The group said further in the statement: “It is no surprise that the submission of the Hon. Justice Salami report on the investigation of the former Acting Chairman of the EFCC Ibrahim Magu to President Muhammad Buhari would draw flacks from many quarters due largely to the premeditated recommendations contained in the final report.

“Looking back to the appointment process and the shenanigans that greeted the nomination of Ibrahim Magu to the headship of the anti graft agency would leave no one in doubt that certain forces were at play and working surreptitiously to undermine the foremost anti graft agency in the country.

“Ibrahim Magu is the reason the Commission has floundered rudderlessly for the past five years. Some have alleged that Magu does not have the requisite capability to steer that agency partly because he has never held a position or even head a unit in the Police Force talk more of a gagantic establishment that is saddled with the responsibility to tackle the high and mighty in the society.

“This is further strengthend when viewed side by side with the report that emanated from the Department of state security services (DSS) then which many believed touched on the competency of Ibrahim Magu.

“The DSS report was explicit enough to have stopped the Magu emergence in the first place, describing his confirmation as a liability if the FGN goes ahead but the forces and cabal who are bent on weakening the anti graft agency for personal gains went full throttle to work behind the scene to misdirected the hand of the President to continue to keep Magu in office.

READ ALSO: I have no regrets heading panel on Magu – Salami

“Now one of the recommendations by the Salami Panel is that a non Police personnel be appointed to head the EFCC henceforth and also to inject more core personnel to the EFCC. Now one can conviniently pass the judgement that the way and manner the report comes across and presented makes it look as if some persons are at compitition or at war with the Police.

“The fact that the Hon. Justice Salami specifically mentioned that since inception its only personnel of the Nigerian Police force that have been appointed to the headship of the EFCC. For me this sounds more of bias than for his panel to do a through appraisal of the workings and gains to be made by the EFCC if rightly positioned and headed by a competent officer.

“The headship of the EFCC to be a non police officer is to finally ground the EFCC a death kneel and this is counterproductive to the anti corruption fight. The case for a police officer to continue to be there as the Head of the EFCC is sacrosanct. Whatever the Hon. Justice Salami is doing is to play into the hands of the emerging cabal with a sinister agenda to render the EFCC comatose.

“The Police officers that trained the pioneer core staffs of the EFCC are still stagnated by way of promotion because promotion in the civil Service is based on availability of vacancies, it therefore not make a reasonable argument as stated by the Salami report. The emerging cabal is to push the police elements out of the commission and this is a disaster waiting to happen to the EFCC.

“Another issue that has reared his ugly head in the commission is lack of motivation amongst staff. We can draw a nexus from the civil service were we know that before any promotion is effected there must be a vacancy to be filled, but in the EFCC core staffs are rapidly promoted to their next grade while the police officers are stunted in a position for years.

“This system is not encouraging because it kills enthusiasm for the job and it creates complex issues as one set of officers are seem to be more supurior that others”.

APC charges police to fish out killers of its Nasarawa chairman