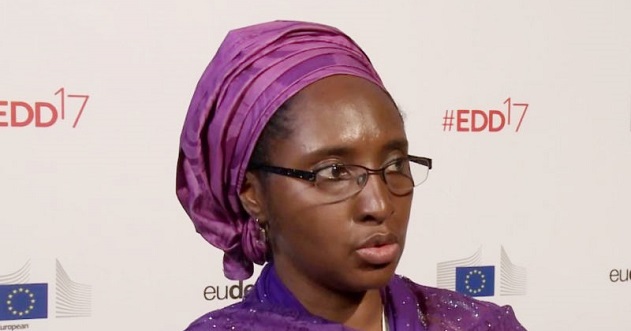 Owing to dwindling revenue of Nigeria and rising cost of servicing new loans, the federal government has stressed the need to part finance 2018 budget with proceeds from the sale of some national assets.

Finance Minister, Zainab Ahmed, who revealed this, noted that 10 of such state-owned assets would be sold off to investors before the end of the year to fund the budget.

Ahmed’s counterpart in the Budget and National Planning Ministry, Senator Udoma Udo Udoma, said the plan for borrowings and sale of assets was not only strategic but also in the overall interest of the country.

Already, the government is expected to raise a sum of $797 million, equivalenting to N289 billion from two of the assets – Nicon Insurance Limited and Skyway Aviation Handling Co – which have been marked for sale this month, according to Joe Anichebe, a director at the Bureau of Public Enterprises (BPE).

The amount is about N17 billion lower than N306 billion funding expected from privatisation proceeds as captured in the 2018 budget to help finance the spending plan.

The assets that are up for sale cut across various sectors such as aviation, power and insurance. In fact, the Central Bank of Nigeria (CBN) Governor, Godwin Emefiele, had disclosed that the Ajaokuta Steel Company was part of the companies marked for sale.

The 2018 Budget, which was signed into law on June 20, 2018, was estimated at N9.12 trillion with N1.95 trillion deficit to be funded by N793 billion and N849 billion from domestic and foreign sources, respectively.

In spite of the nation’s debt burden, Ahmed, while speaking at the just concluded International Monetary Fund (IMF)/World Bank Annual Meetings in Bali, Indonesia, said there was still enough room for the nation to borrow more funds to finance capital projects.