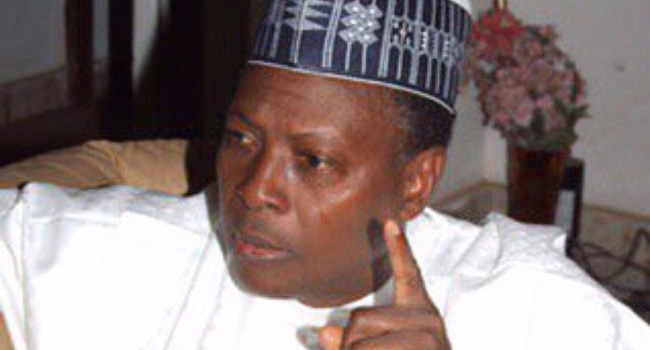 Following tributes showered on late former President Shehu Shagari by President Muhammadu Buhari, a second Republic lawmaker, Dr Junaid Mohammed on Friday condemned the President for his tribute after bringing down the government of the demised ex-President.

Shehu Shagari, Nigeria’s sixth President passed on at the National hospital in Abuja on Friday at 93 after a brief illness.

Buhari had joined other Nigerians to praise Shagari, describing him as a patriot, whose life of service and humility was widely acknowledged, according to a statement by his Special Adviser to the President (Media and Publicity), Femi Adesina.

Mohammed, in an Interview with journalists, described Shagari as a fine gentleman who gained respect with a dispensation that brought about meaningful democracy unlike, some in the current political class.

He said, “Quite a number of the people who would claim to be his friends were actually his enemies and they contributed tremendously to bringing down that government and in making it impossible for us to have a meaningful democratic dispensation years after his departure from office.”

While commenting on Buhari’s tribute, the elder statesman opined that it carries a great trace of insincerity, especially when it’s coming from a man who contributed so much in bringing down Shagari’s government.

“It’s not sincere. If you’ve contributed so much in bringing down a government and bringing down a man who had nothing to gain, even though he had poor eyesight and was in poor health – he was in his late 60s then – you cannot say, from 1984 till now, you got along well. How did you get along well?

“No matter what you say about the Shagari administration, he knew how to retire from public service quietly, with a tremendous amount of nobility and self-respect. You have to give him that.

“In terms of retirement and living a quiet life and garnering more respect, Shagari is certainly one of Nigeria’s most outstanding leaders and I certainly believe the nation will continue to mourn him appropriately, he said.

Read also: SHEHU SHAGARI: 20 facts that defined the life of a gentle statesman

He added that Shagari believed in the goodness of human nature, even when human nature was not always good.

“The first Shagari administration of 1979 wasn’t particularly spectacular. There are quite a number of people there who really disappointed us, both National Party of Nigeria and Shagari, the president. He endured a lot but he didn’t want to rock the boat, so he waited until after the election in 1983 when some the characters were simply asked to leave or reappointed.

“But even then there were others who were reappointed and I have a feeling that was because of pressure from within the party by some people who were seen to be above the law. Some of us would have been happy to see many of those who did not serve the country well outright sacked even before the end of the four-year term.

“Shagari had a very modest lifestyle. If you got to know him personally, he was very cool and had a tremendous sense of humour. He got on very well with quite a number of people. He was a very wonderful man. I really enjoyed discussing with him even though we had our political differences.”