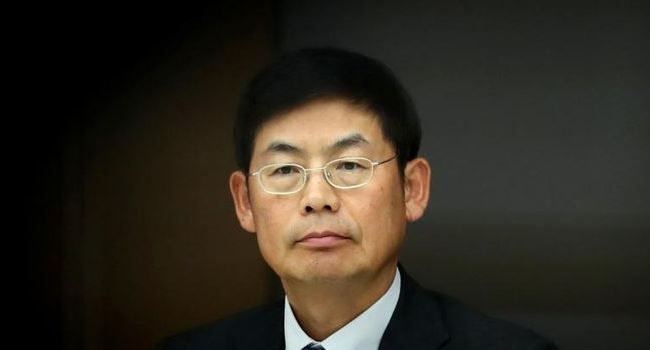 The chairman of Samsung Electronics Co’s board, Lee Sang-hoon, 64, is set to appeal a Seoul court ruling that sentenced him to 18 months in jail for violating South Korean labor union laws.

Mr. Lee’s legal representative says he will appeal the court ruling on behalf of his client who served as Samsung Electronics’ chief financial officer before becoming chairman of the board two years ago.

The court which found some 24 current and former Samsung officials and others involved in the case guilty on similar charges ruled on Tuesday that Lee had violated labor laws by disrupting union activities at Samsung in recent years.

Samsung Electronics released a statement Wednesday morning, saying that the company’s “understanding and view of labor unions in the past fell short of society’s expectations.”

The statement was issued jointly with Samsung C&T Corp., an affiliate whose chief executive was also convicted–though not jailed–in the same trial for his actions when he worked previously at Samsung Electronics.

The case largely focused on efforts by Samsung officials, including Mr. Lee, to dismantle the labor union at the company’s customer-service unit. The court convicted Samsung officials on multiple charges, including gathering personal information on some union members, such as their marital status, personal finances and mental-health histories.

Related Topics:SamsungSamsung boss
Up Next