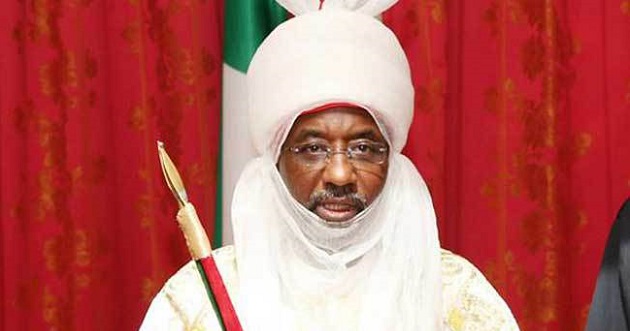 The Emir of Kano, Sanusi Lamido, on Thursday called on Northerners to shun polygamy, saying it is the cause of the pervading poverty in the region.

The Emir, who spoke in Gusau, the Zamfara State capital at the first Convocation of the Federal University Gusau, also warned that except the people of the North change their culture, they will continue in perpetual poverty and backwardness.

According to Sanusi, the culture of marrying more than one wife by those incapable of fairly taking care of one and having more children was the main reason the northern region would continue to remain backward and in abject poverty.

“There are people who cannot afford to feed one wife but are ready to marry three wives and have more children than they can feed, talk less of paying for their school fees”, he said.

The emir further argued that this negative will continue to keep the region behind other regions in the country.

“The poverty level of the North is 80 per cent; while in the south, the percentage is 20 per cent, simply because of the culture of marrying many wives and producing many children who, at the end, are left on the streets to beg for what to eat”, Sanusi lamented.

According to him, some of the wives would be divorced by their husbands, leaving them with the children to take care of, a situation which he said was also responsible for producing hardened criminals.

“The issues we have today such as drug abuse, Boko Haram, banditry and unemployment would be nothing compared to what we will be dealing with in the next 20 or 30,” he said.