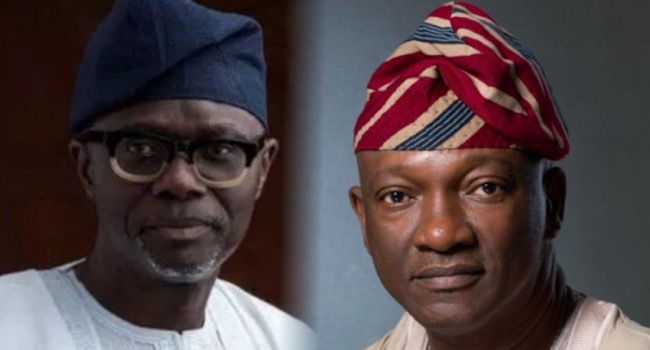 The Lagos State governorship candidates of the Peoples Democratic Party (PDP) and the All Progressive Congress (APC) are currently embroiled in a war of words over the distribution of rice gifts handed to civil servants of the state by the ruling party.

According to Jimi Agbaje, the PDP governorship flagbearer, the gesture by the APC violated civil service decorum and neutrality.

In a statement signed by Mr Felix Oboagwina, his Director of Media and Publicity, Agbaje also noted that the move by the APC was opportunistic and illegal.

“We find the invitation and the rice gift appalling, opportunistic and illegal. “In a political contest of the nature in which Sanwo-Olu and the rest of us are involved, he has been offered an undue advantage. An uneven playing field has been created. And this is condemnable and contemptible.

“The gesture goes against Nigeria’s bureaucratic statutes that forbid civil servants romancing politics. For crying out loud, there are still regulations preventing civil servants from involving in politics. ” That invitation and the rice gifts is a violation of those extant rules,” he said.

Reacting to Agbaje’s comments, the APC governorship candidate Babajide Sanwo-Olu, through a statement by his media minder, Gboyega Akosile, said contrary to claims by Agbaje, that Sanwo-Olu’s meeting with Lagos State civil servants was aimed at manipulating them, the interactive session with the civil servants was a continuation of his strategic engagements with several critical stakeholders in the Lagos project.

Sanwo-Olu also added in the statement that the interactive session with the civil servants was staged because they (civil servants) are considered critical in the scheme of things.

“We do not believe in sitting in a cozy office or at a conference table to determine what the people want. We must come out and talk directly to the people, share our thoughts with them, ask them questions and also answer questions they ask us. That is democracy and that is exactly why we held a session with the civil servants. We consider them very critical in the scheme of things.

“It is unfortunate that Mr. Agbaje, who we strongly consider to be a learner in the art and science of politics always misses the point. For Agbaje to describe our meeting with the public servants in the manner he did shows his disdain for consultative politics and government. How politically naïve he is,” the statement by Sanwo-Olu added.

Related Topics:Agbaje trade words over distribution of rice gift to civil servants ahead of governorship pollsNigerian newspapersripples nigeriaSanwo-OluSanwo-Olu and Agbaje trade wordsSanwo-Olu VS Agbaje
Up Next