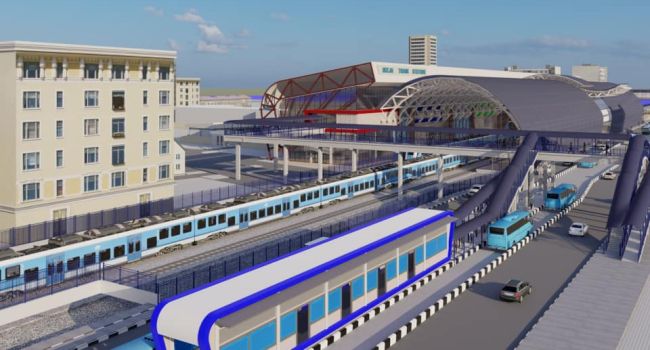 Lagos State Governor, Babajide Sanwo-Olu has assured that the expected rail lines currently being constructed will be operational by September 2022.

The governor disclosed this on Friday as a guest on Channels Tv.

According to him, work was ongoing to ensure all terminals and trains are ready and tickets will be on sale.

He however noted that should for issues of security the trains were not active by the first quarter of 2023, the train would be fully operational by end of September.

“We are committed to building an efficient transportation plan for Lagos. The Blue Line which started in 2010 is a 27.5 kilometres rail project that will run from Okokomaiko to Marina. First phase is completed.”

“While the Red Link is a 37-kilometre rail project that will link Marina on Lagos Island to Agbado on the mainland which we started from scratch.”

On the fares, Sanwo Olu assured that tickets would be in the mold of the BRT buses and will be around N200 per ride.

“Our fares will not be more than N200 and will be cheaper than regular BRT. Because for it to be accessible affordability is critical so we understand this.”

The governor also disclosed that the groundbreaking of the proposed fourth Mainland Bridge would commence in the second quarter of this year.

The Fourth Mainland Bridge which is expected to be the longest bridge in Africa is a proposed 37-kilometer long bridge connecting the Lagos Island, through Lekki, Baiyeku, Ikorodu to the Lagos-Ibadan expressway.

According to the governor, the execution would be carried out through Public Private Partnership (PPP), while adding that three private companies have been approved to partner with the Lagos state government for the partnership.

He said, “That is one of the legacies we are going to have at the end of our 4-year tenure. Where we are now is that we have paid the final bill for consulting. It is a PPP model that we are trying to do with the 4th mainland.

“We have gotten concessionaires; we started with 25 companies being interested in building the fourth mainland bridge, we have reduced them to three now. The final three are those we processed to be able to access the concessionaires. The 4th mainland bridge is a 37 kilometer ring road going all the way behind Ikorodu, eventually terminating on Lagos-Ibadan expressway. It is massive; it is huge; we believe that with that road, a lot of intermodal movement will be possible in Lagos.

“We believe we can identify a concessionaires, and do the groundbreaking before the 2nd quarter, that is middle of this year, then development can start. It can take two or three years for the construction to start.”