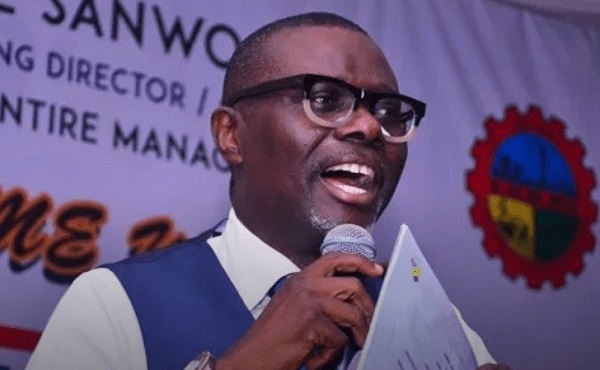 Now, I begin to wonder what must have driven him to make the call. Demola Oshodi is a technocrat. A brilliant young professional and a senior aide to Asiwaju Ahmed Bola Tinubu. He is an expert in Developmental and International Trade, and my friend. The Asiwaju sure knows how to pick them.

On this day, he wanted to discuss the candidacy of Sanwo-Olu and my position. He was very clear as to the issues that surrounded the candidacy and its promise to the people of Lagos. I Like Demola, so I listened. He must have been very bold to even attempt this, seeing my avowed position on his principal’s emergence on the back of what has been perceived as a caricature of transparent democracy.

He was quite eloquent as he talked about the need to secure a continuum in the phased developmental processes that has thrown up this candidacy. For him, the need to ensure the massive exploitation of the opportunities that a dynamic global macroeconomic space portends remains paramount and should be better positioned far and above the mundane issues that usually pervade our polity.

For him also, the most critical issues are the economic challenges that need to be ‘attacked’, the massive socio-economic issues that have put us aside as a developing country despite the huge resources available. The low developmental indices – mortality rate, poor health infrastructure, poor educational platforms amongst others.

For him, the Asiwaju better understands these issues than most and has worked assiduously to fight them using the very best in human resources available to him. The Asiwaju has, to the very best of his abilities ensured a conveyor belt of some of the best and brightest with which he has deployed to not only Lagos but the whole of the south west in his bid to tackle the malaise that is underdevelopment.

As he spoke, I listened intently wondering if he would sway me with his logic. He was making sense though so I pressed him further – tell me abut Sanwo-Olu, what kind of a person is he. Sanwao -Olu was a throughbred professional who, in his estimation, is best fit if we take into consideration the challenges of the time and the need to place robust human capital as we seek lasting solution.

According to Demola, Sanwa p-Olu comes within remarkable experience, clarity of thought and a strong conviction that in this generation, we can achieve the Lagos of our dreams. He talked about the candidates work rate, the yeo man’s job he did with the training of vivil servants and the pioneering role he has played ever since he came onto the radar.

For Demola, we are where we are and the only thing for us to do at this point is to do the right thing – which is vote for Sanwo-Olu who in his estimation is the most credible of all those in the contest right now.

I listened intently, taking in all he was saying and trying to ruminate and come out with a position. It was as if he knew what was on my mind as he did not give me the opportunity to continue with my thought process.

‘Look Edgar, you know me; I will not make this call if my convictions were not in the right places’. He was not only calling me but was reaching out to other influencers as we headed towards the elections in a bid to get them to move away from the frivolous and to look at the issues dispassionately – this was about Lagos and its people and its socio-economic development. He thanked me and dropped the phone.