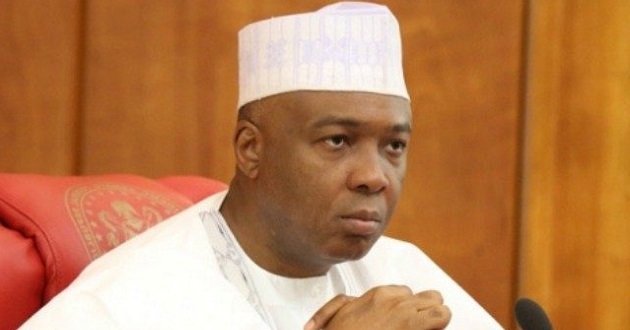 Ibrahim Idris, Inspector-General of Police (IGP), has asked Senate President Bukola Saraki to appear at the office of Intelligence Response Team (IRT) in Abuja over the robbery incident that took place in Offa, Kwara State, in April.

In a letter dated July 23 and addressed to the senate president, Idris asked Saraki to be at IRT’s office at 8am on Tuesday “for further investigation”.

Recall that the police had said some of the robbery suspects had implicated the senate president. They had reportedly claimed to be his political thugs, an allegation Saraki strongly denied.

Saraki had then been asked to appear at force headquarters for questioning but he later revealed that the police reversed their decision, asking him to no longer appear in person, but respond to the allegations in writing.

This development comes at a time when Saraki, having been cleared of false asset declaration charges by the Supreme Court, is enjoying a new status as a much-sought-after bride, courted by his own party, The All Progressives Congress (APC), and the leading opposition party— The Peoples Democratic Party (PDP).

While the APC is trying to prevent him from leaving with other aggrieved members of the r-APC group, the PDP is trying to secure his defection in order to bolster its ranks ahead of the 2019 elections.

This may come to Saraki as a rude shock given recent developments.