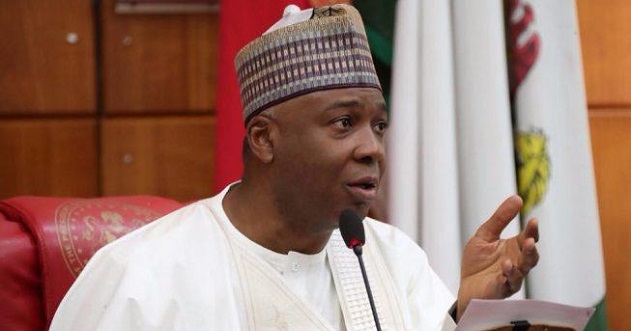 Senate Preaident Bukola Saraki was on Saturday in Delta State, where he held a closed door meeting with Governor Ifeanyi Okowa.

Though both side did not reveal what transpired at the meeting, it is believed to be part of consultations being made by Saraki In his bid to seek the presidential seat.

It would be recalled that Okowa was a senator representing Delta North where he was a colleague to Saraki, before he contested the Delta governorship position and won in 2015.

However, speaking with newsmen after the meeting, Saraki debunked claims that he was yet to reconvene the Senate due to fear of his impeachment.

He said that those who had gone to the roof top to announce the plot to impeach him, should have dissipated such energy on democratic ideals that would better the lots of Nigerians.

Read Also: Saraki has waited enough, he sacrificed his presidential bid for GEJ in 2011 and Buhari in 2015— Baraje

“I am not losing any sleep about impeachment, we have a country that a lot of Nigerians believe there must be rule of law, those who are talking about impeachment are engaging in cheap blackmail and I am not concerned about that”, he stated.

According to him, the mass defection to the PDP was because the APC has denied Nigerians of true democracy in the past three years, adding that nothing would derail the present Senate from upholding the tenets of good governance.

He insisted that no amount of political intimidation and security harassment would prevent the business of law-making that would impact positively on the country, saying that “our ideas and visions on what we expect in a democratic setting were not met in APC, hence we left”.

Buhari charges military to be ruthless with bandits