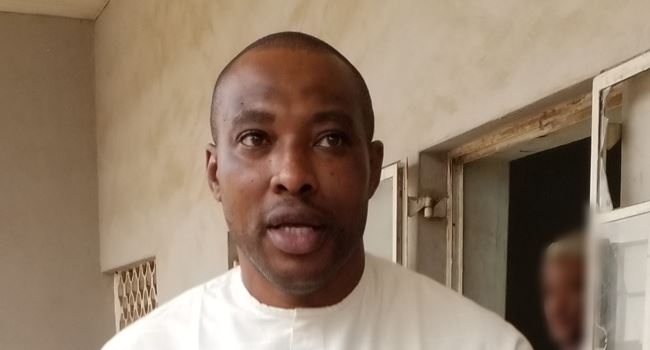 One Ope Saraki, a cousin of the immediate past President of the Nigerian Senate, Dr Bukola Saraki, was on Thursday arraigned in court on two count charges bordering on contract scam to the tune of N220 million.

He was arraigned before Justice Adenike Akinpelu of the Kwara State High Court sitting in Ilorin by the Ilorin zonal office of the Economic and Financial Crimes Commission (EFCC).

The anti-graft agency alleged that the defendant, while serving as special adviser to the Kwara State government, knowingly acquired a contract for the supply of 13 ambulances to general hospitals into a company which he had interests.

Count one of the charges reads: “That you, Ope Saraki, sometime in 2012, whilst being the special adviser to the governor of Kwara State on Millennium Development Goals (MDG), within the jurisdiction of this honourable court knowingly acquired indirectly a private interest in contract worth N171,990,000.00 (One Hundred and Seventy One Million, Nine Hundred and Ninety Thousand Naira) awarded to Chemistry Nigeria Limited, for the purchase of 13 units of Ambulances for 13 general/specialist hospitals in Kwara State, contract connected to your office contrary to Section 12 of the corrupt practices and other Related Offences Act, 2000 and punishable under same law.”

When the two count charges were read to him, Saraki pleaded not guilty.

Prosecuting counsel, Sesan Ola prayed the court for trial date in view of the plea of the defendant.

He also asked that the defendant be remanded in the custody of the Nigeria Correctional Service pending the hearing and determination of the case.

But defence counsel, Dr N. Olatoke, however urged the court to grant bail to his client pending the hearing and determination of the case stating that Saraki would not jump bail as his international passport had been in the custody of the EFCC.

Justice Akinpelu, in her ruling, granted bail in the sum of N300 million to the accused person.

The judge also said that the defendant must produce two sureties with verifiable addresses.

READ ALSO: Embattled Obono-Obla counsels APC members on how to direct their grievances

She said Saraki should remain in the custody of the EFCC till he perfects his bail conditions.

Further hearing in the case has been adjourned till April 16, 2020.