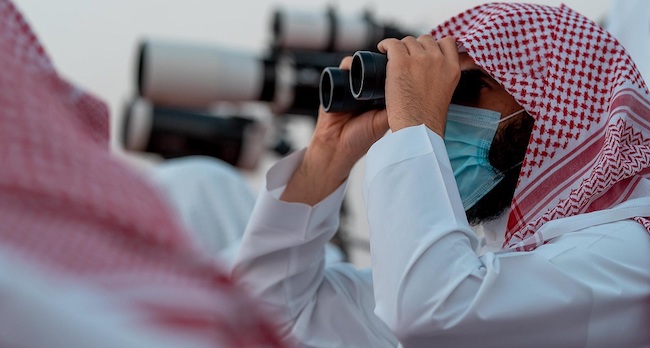 Saudi Arabia has announced that the Muslims Ramadan fasting would commence on Tuesday across the world.

The Kingdom’s Supreme Council disclosed this in a statement on Monday night.

“Tomorrow, Tuesday… is the beginning of the blessed month of Ramadan this year,” the statement read.

Other Muslim countries including Sunni-majority Egypt and Lebanon, have also announced that Tuesday marks the beginning of Ramadan while Shiite-majority countries like Iran are expected to start a day later.

The daytime fasting month of Ramadan is one of the five pillars of Islam where observant Muslims refrain from eating and drinking from dawn to dusk, and traditionally gather with family and friends to break their fast in the evening.

However, due to COVID-19 pandemic, many Muslim-majority countries have imposed restrictions on worshippers, including night-time curfews, and called for prayers to be performed at home.

Related Topics:Ramadan 2021Saudi Arabia
Up Next