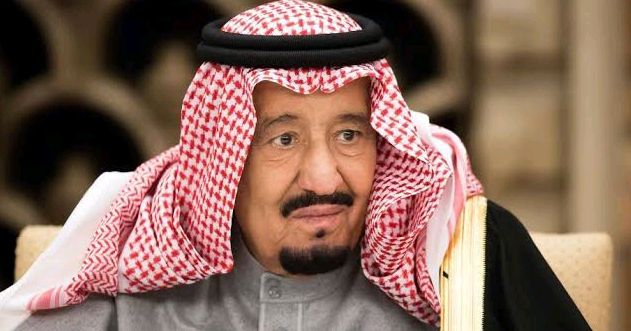 Saudi Arabia, Sunday, said it will respond to any threat against it in reaction to President Donald Trump’s threat of severe punishment if it is established that the Arabian country has a hand in the disappearance of Washington Post contributor, Jamal Kashoggi.

The veteran journalist disappeared on October 2 after visiting the Saudi Consulate in Instabul. There are fears that he might have been killed in a Saudi ordered hit inside the consulate.

The disappearance has pitched Saudi Arabia against Turkey, with international business leaders pulling out of the kingdom’s upcoming investment forum, a high-profile event known as “Davos in the Desert.”

“The kingdom affirms its total rejection of any threats and attempts to undermine it, whether by threatening to impose economic sanctions, using political pressures or repeating false accusations,” a statement published by the state-run Saudi Press Agency read.

“The kingdom also affirms that if it receives any action, it will respond with greater action, and that the kingdom’s economy has an influential and vital role in the global economy.”

The statement from the world’s top oil exporter came after the Tadawul exchange in Riyadh dropped by seven percent at one point during the week’s first day of trading, with 182 of its 186 listed stocks showing losses by the early afternoon. The market clawed back some of the losses, closing down 3.5 percent for the day.

Turkish officials say they fear Saudi agents killed and dismembered Khashoggi after he entered the consulate, saying they have audio and video recordings of it that they have not released. The kingdom has called the allegations “baseless,” but has offered no evidence the writer ever left the consulate.

President Trump told CBS’ “60 Minutes” that the consequences of Saudi Arabia being involved would be “severe.”

“There’s something really terrible and disgusting about that, if that was the case, so we’re going to have to see,” Trump said. “We’re going to get to the bottom of it and there will be severe punishment.”

However, Trump in the same interview said: “As of this moment, they deny it and they deny it vehemently. Could it be them? Yes.”

Saudi Crown Prince Mohammed bin Salman has aggressively pitched the kingdom as a destination for foreign investment. But Khashoggi’s disappearance, and suspicions he may have been targeted over his criticism of the crown prince, have led several business leaders and media outlets to back out of an upcoming high-profile investment conference in Riyadh.

Khashoggi, who was considered close to the Saudi royal family, had become a critic of the current government and Prince Mohammed, the 33-year-old heir apparent who has shown little tolerance for criticism.

As a contributor to the Post, Khashoggi has written extensively about Saudi Arabia, including criticism of its war in Yemen, its recent diplomatic spat with Canada and its arrest of women’s rights activists after the lifting of a ban on women driving.

Those policies are all seen as initiatives of the crown prince, who has also presided over a roundup of activists and businessmen.