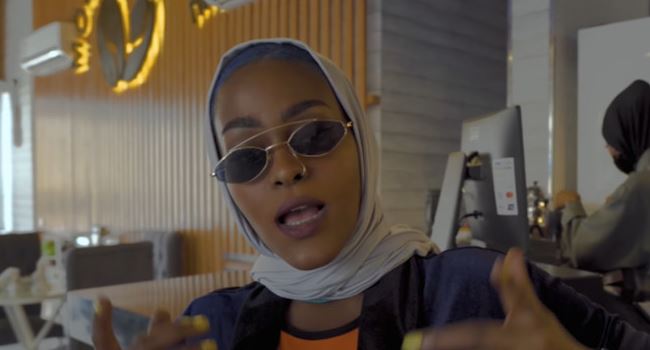 Authorities in Saudi Arabia have ordered the arrest of a female rapper identified as Ayasel Slay for releasing a song and a video about her pride of being from Mecca, home to the holiest site in Islam, the Kaaba.

The arrest order was issued after the rapper released the video for her song titled Bint Mecca, or Girl from Mecca, which the Governor of Mecca found to be offensive to the customs and traditions of the holy city.

The video which was uploaded to Ayasel’s YouTube channel featuring her rapping in a cafe with a group of smiling children as her backup dancers, has since been removed from the social media platform.

“A Mecca girl is all you need/Don’t upset her, she will hurt you,” sang Ayasel, describing how a woman from Mecca exceeded all other Saudi women in beauty and strength.

“With her, you can complete the Sunna [get married]/Your life with her will become Paradise,” she asserts proudly.

On Sunday, Mecca regional authorities said in a Tweet that the governor had issued orders that Ayasel and the video production team be prosecuted.

“Prince Khalid bin Faisal of Mecca has ordered the arrest of those responsible for the Bint Mecca rap song, which offends the customs and traditions of the people of Mecca and contradicts the identity and traditions of its esteemed population,” the tweet said.