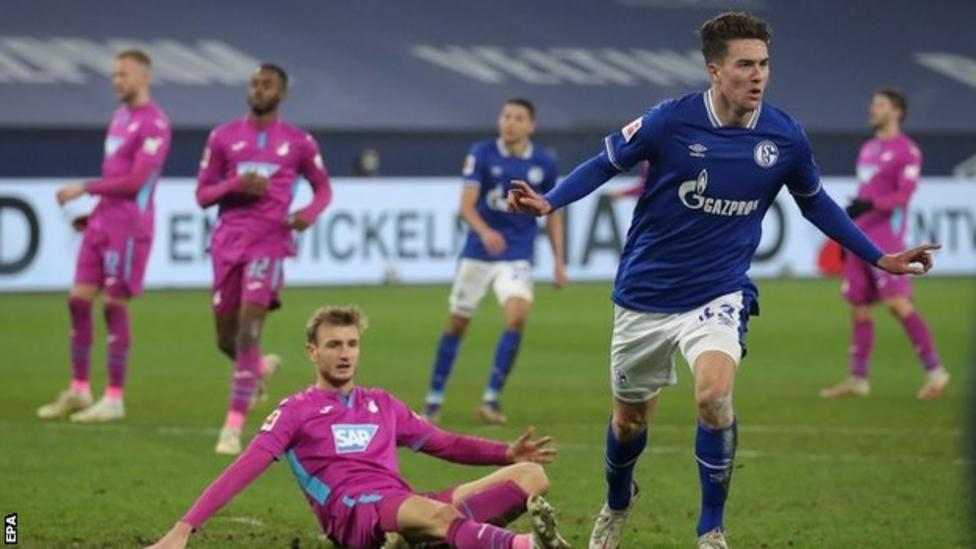 FC Schalke 04 secured their first league win of the German Bundesliga season in style on Saturday as they thrashed Hoffenheim 4-0.

The club had gone 30 league games without a win, 14 of which are this season’s fixtures. A loss to Hoffenheim could have handed the team an unwanted record.

It was 19-year-old American Matthew Hoppe who scored the first three goals of his senior career as he bagged a remarkable hat-trick in the encounter.

Midfielder Amine Harit, who set up all of Hoppe’s goals, scored the fourth goal to seal the rout.

Schalke had had a trying start to the season, and have sacked two managers since, with the fourth manager currently in charge after another had served only as caretaker.

They had not won a league game since 17 January 2020 – 358 days ago, but bounced back with an impressive performance at home this weekend.

Tasmania Berlin continue to keep the record for the longest run without a win in Germany’s top flight.

They had a stretch of 31 matches without a win in the 1965-66 season, which was their only season in the division, having been asked to compete after Hertha Berlin, who had the rightful place, were banned from the competition and a club in Berlin had to be included.

Schalke have now moved off from bottom of the table and are now four points from safety.