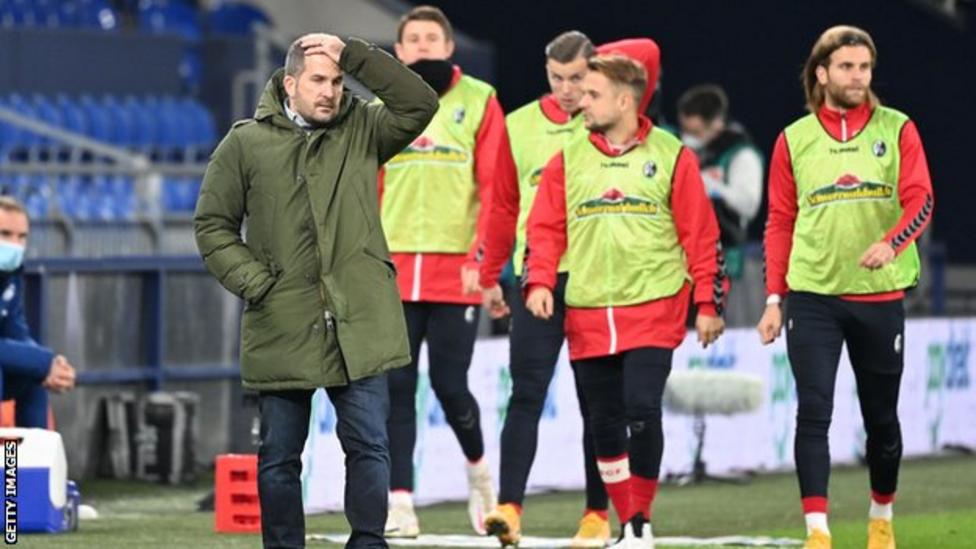 With the club bottom of the German top flight and without a win in 28 games, Schalke has now hired four different bosses this season.

The club is currently three games away from the league record of 31 games without victory, set by Tasmania Berlin in 1965-66.

And Manuel Baum, who replaced David Wagner in September, has only led the team in 10 games.

Schalke say Dutchman Huub Stevens will now take charge of the team for the fourth time.

The 67-year-old coach is a legend at the German club having guided them to UEFA Cup success in 1996-97.

He last stepped in when Domenico Tedesco was sacked in March 2019 and led the team to a 4-2 win at rivals Borussia Dortmund to help them to avoid relegation.

He had pledged not to return to the club again but on Friday he said: “My heart is still blue and white. When the club turns to me in difficult times, I can’t say no.”

Stevens will make his first outing this time on Saturday in their home game with Arminia Bielefeld, who occupy the relegation play-off spot, as they seek a first Bundesliga win this season.

SocialMediaTrends: #OurBoysAreBack but are facts adding up? Twitter Nigeria reacts