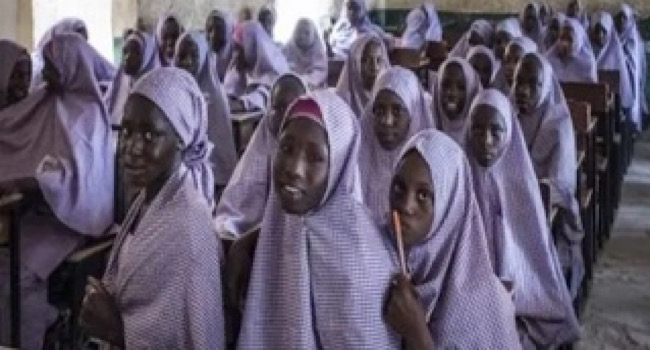 The Coalition of Northern Groups (CNG), has said that the spate of kidnappings in schools in the North is a ploy to cripple the education sector in the region.

In a statement on Sunday signed by its spokesman, Abdul-Azeez Suleman, the CNG said it has discovered a sinister plan by people who do not want the progress of the North to cripple education in the region and keep the people subservient.

“We call on northern leaders to interrogate the extent of levity of the federal authorities in not being able to anticipate and checkmate the manoeuvres of marauding bands of criminals that roam northern communities and operate at will, targeting such soft spots as schools,” the statement reads.

“We see the recent escalation of kidnap of school children as a grand design to cripple the educational viability of the northern region after having messed up its economy and mutual cohesion.

“The situation is also difficult for absolutely everyone as we wonder about the future and worry about each other, our neighbours, our friends, our families and ourselves.

READ ALSO: Kano shuts down 12 schools over fears of abduction

Also reacting to the release of the students and staff of the Government Science College, Kagara, Niger State, on Saturday, the group warned that it is not yet time to celebrate, stating that President Muhammadu Buhari owes it a duty to explain why there is a high level of insecurity in the northern part of Nigeria.

“The CNG, which has been on the ground in Minna and addressed a press conference on Friday afternoon calling for urgent action to rescue the captives, feels proud today that it has once again played a major role in getting authorities to act.

“While we’re still on the ground waiting to verify the release and the condition of the captives, we share in the joy of the parents and the Kagara community and Niger State generally.

“We want President Muhammadu Buhari to explain to us why there is a high level of insecurity in the northern part of Nigeria.”

Survey highlights vandalism by oil thieves, cause of environmental pollution in Niger Delta