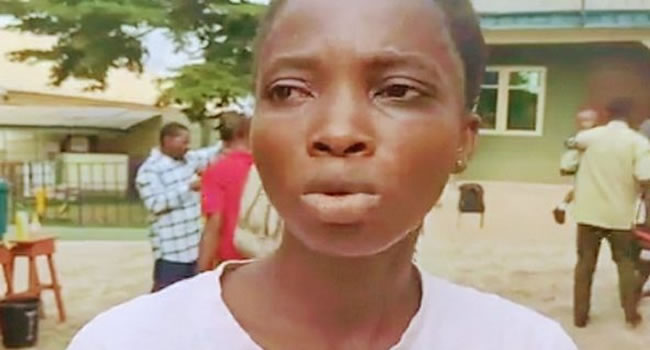 Ripples Nigeria had earlier reported that the assailants hijacked a school bus on Thursday morning resulting in the abduction.

The gunmen, who rode on motorcycles, had crossed the bus belonging to Chimola School around 6:45 am when the driver was on a routine of picking pupils.

Consequently, the bus was reportedly driven to a bush after Ilara Mokin before they asked the abducted bus attendant to start running.

The staff who gave her name as Omolayo Ojo narrated that she saw the abductors blocked them and brought out a gun and a battle axe.

She said they dragged the driver out but took her along as they drove away.

Ojo stated that when they got to the bush, they asked her to cooperate and requested her name and her father’s.

She said when they asked her to start running she didn’t know her way.

According to her: “I saw one brought out a gun and the other brought out a battle axe. The driver was dragged out they pressed my face down so I didn’t know the route they took.

“When they got to the bush, they brought me down, asked about my name, and asked me to cooperate.

“They later told me to run without looking back. I met an old woman who showed me the way to a road.

“An Okada rider gave me N500 and showed me the way to town from where I took a transport to Akure.”

In his statement, the Principal of the school, Mrs Akinde Bolatito, said the driver narrated to her what happened at the police station where he was still being questioned.

“Omolayo has been working with us for over two years. She said they drove her into the bush. She was not tampered with. No hurt on her body.

“There was no pupil inside the bus. It was an empty bus. This has been their normal runs. We have never had any issue with our bus or our staff.

“Our children are in good hands. The police are on it.”

Taraba varsity VC wants his staff to have guns to protect themselves against kidnappers, gunmen