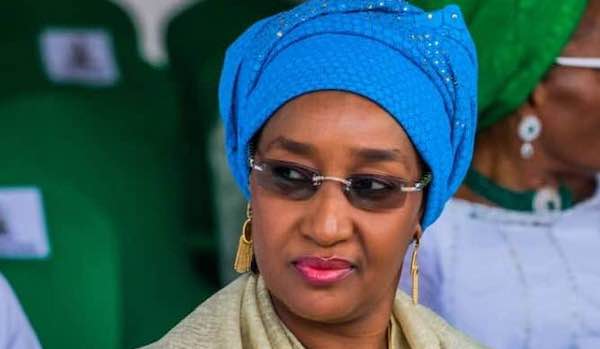 Since the outbreak of COVID-19, government has continue to roll out different palliative measures in order to cushion the effect of the hardship occasioned by the virus. One of these measures is the ‘modified’ Home Grown School Feeding Programme (HGSFP) which has generated alot of concerns among Nigerians at home and in diaspora.

During the lunching on 14th May, 2020, at the Federal Capital Territory, Abuja, the Minister of Humanitarian Affairs, Disaster Management and Social Development, Sadiya Umar-Farouq stated that the reason for the programme is to combat hunger which is a by-product of coronvirus and promised to replicate the same in Lagos State, Ogun State before extending it to other parts of the country.

This is in compliance with President Muhammadu Buhari’s directive made in a nationwide broadcast, on 29 March, mandating the Minister to collaborate with the State government in proffering panacea to the poverty caused by the pandemic particularly, with the lockdown that followed the broadcast in Lagos, Ogun States and FCT.

Through this programme, the ministry intends to help a total number of of 3.1m households with a total budget of 13.5 billions by feeding their children, especially, those in Primary 1-3. This seems to be a good idea especially at a time like this when the sources of income of some of these parents have diwndled. But at the same time, it might become another avenue for the unscrupulous elements in the system to further perpetuate their corrupt and fraudulent activities if not properly implemented.

For instance, the Education Secretary of Kaduna State, Dr Ibrahim Dan Maraya, while briefing the News Agency of Nigeria (NAN) in Kaduna in February, narrated how nine of their cooks ran away after collecting N692,000 meant for the feeding of 336,000 pupils for that month.

Similarly, the coordinator of the programme In Akwa Ibom, Dr. Godwin Akpan, noted in 2017, that some of the school that are capitured in the programme are currently not being fed.

This was echoed by one of the teachers of Lutheran Primary School, Urua Ikpa, Itu Local government Area, of the State reported in the Nation newspaper who described the programme as a failure because of the inconsistences in the food supply to the students.

The mystery behind this inconsistency seems to have been unraveled with the protest by over 500 food vendors who alleged that the Scheme has been hijacked by the politicians and some government officials diverting some of the funds meant for the programme in the State.

Beyond the politicans and government officials interference, some of the vendors have also been accused of cooking substandard food for the students in spite of the huge amount of money collected from the government.

A telling reference is the video that went viral on social media on 23rd February, where the Governor of Zamfara State, Bello Mohammed Matawalle, forced the Principal and Teachers of Government Science Secondary School and Government Girls’ Secondary School Gusau, to eat the substandard food being served to students during an unscheduled visit to the school.

Chinwe Agbeze, a BDSUNDAY’s investigative reporter, who disguised as Federal Government official and later as a representative of a non-governmental organisation, gave similar account after visiting 10 public primary schools in five states benefitting from the feeding programme.

All these happened while the schools were still in session, not to talk of now that the schools are closed and the government still continue to feed the students at home. Though, in an effort to reduce these challenges the ministry is collaborating with the State to deliver this task. However, looking at the cases of ghost workers and others issues that have characterized almost every facets of the nation’s life, it is obvious that States are not immune from these syndromes.

Based on the design, the parents and guardians receive a ration of food valued at N4,200, comprising a 5 kg bag of rice, 5 kg bag of beans, 500 miligramme vegetable oil, 750 ml palm oil, 500 mg salt, 15 pcs of eggs and 140gm tomato paste each to feed their children at home.

This is part of the National Social Investment Programme (NSIP) established in 2016 to tackle unemployment by creating jobs for food vendors and other idle hands. In 2019, the Federal Government claimed that “over nine million pupils in 52,604 schools are benefiting from the feeding while 101,913 cooks are being empowered across 30 states through the programme since 2016.

From this report, it is obvious that the government has done great job in the war against poverty and illiteracy .But looking at the controverses that characterized its implementation, it would be better for the Ministry to suspend the take-home ration and replace it with “COVID-19 trader monies” or “COVID-19 support Fund” which should be paid directly to the Bank Account of the targeted parents.

This will reduce the interference of the corrupt elements feeding on the funds allocated for the HGSFP and directly modify the effect of this virus on the households, boast the country’s economy and prevent the government from unnecessary expenses.