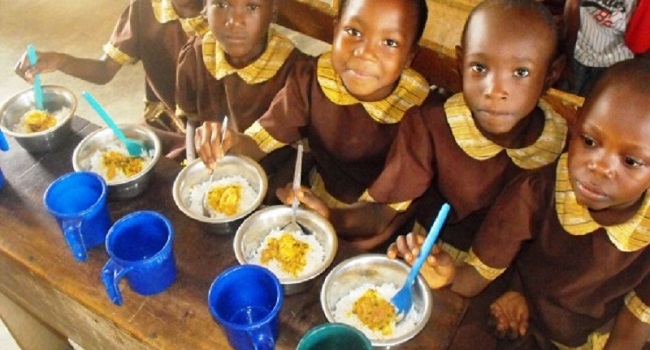 The Nigeria Labour Congress (NLC) on Monday said the N9 million purportedly spent by the federal government in feeding school pupils could have been used to renovate schools across the country.

It said the government had rather dabbled into the “corrupt and wasteful” programme while the nation’s education system still rots.

The Niger state Chairman of the Congress, Comrade Yahaya Ndako made this obdervation while speaking at the “solemn Assembly” organised by the state wing of the Nigeria Union of Teachers (NUT).

He called on the federal government to stop the programme forthwith.

He said, ”The federal government should immediately stop the school feeding programme. it is total corruption, they should use the money for other programmes, they commit the money to the renovation of schools.

”We agree today that the federal government should stop school feeding, everybody feeds his child before taking them to school, he added.

The teachers also used the opportunity to offer prayers for the peaceful conduct of the 2019 general elections across the country.