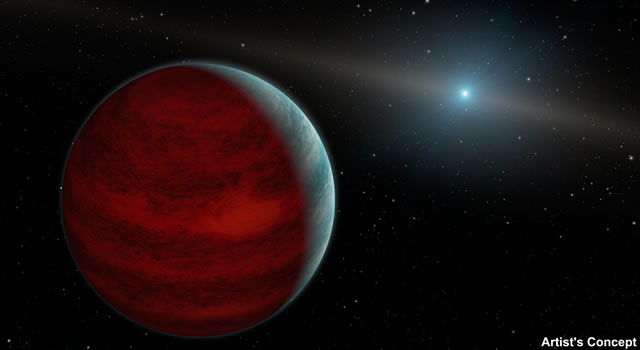 Astronomers have discovered a massive planet with a strange glow just outside the solar system, where it is just drifting without any kind of orbit.

There are many mysterious things about the rogue planet, which was discovered using the National Science Foundation’s Karl G. Jansky Very Large Array telescope in New Mexico.

The mysterious planet, which was discussed in a study published in The Astrophysical Journal, was named SIMP J01365663+0933473, or SIMP for short.

SIMP is “right at the boundary between a planet and a brown dwarf, or ‘failed star,’ and is giving us some surprises that can potentially help us understand magnetic processes on both stars and planets,” said Melodie Kao, who helmed the study while she was still a graduate student at the California Institute of Technology. She is now at Arizona State University as a Hubble Postdoctoral Fellow.

The planet is considered to be a rogue one because it does not have an orbit around a parent star, unlike the planets of the solar system.

The rogue planet is also 12 times bigger than Jupiter, the largest planet in the solar system, with a magnetic field that is 200 times stronger.