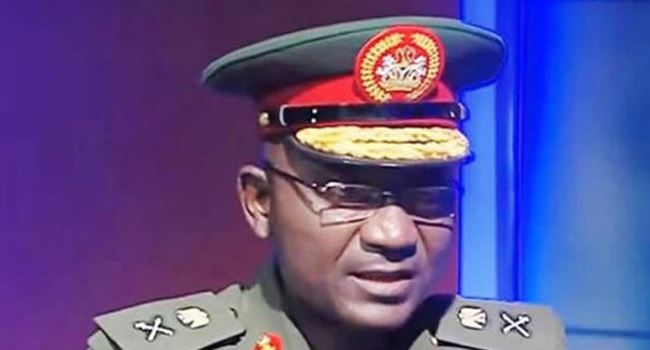 The Defence Headquarters (DHQ) has informed that several bandits have been killed and their camps destroyed following airstrikes executed by the Air Component of Operation Hadarin Daji at a location West of Wagini in Katsina State.

This was contained in a statement issued on Saturday by the Coordinator, Defence Media Operations, Major General John Enenche, who revealed that the airstrikes were conducted on 8 October 2020 employing a force package of Nigerian Air Force (NAF) fighter jets and helicopter gunships.

According to Enenche, the operation was embarked upon after credible Human Intelligence reports and series of confirmatory surveillance missions had shown significant presence of the bandits, along with hundreds of rustled cattle, in the camp.

Enenche said, “The attack aircraft subsequently engaged the location in successive runs, destroying portions of the camp and neutralizing some of the bandits.

“The Armed Forces of Nigeria, in furtherance of the objective of restoring peace and security in the North-West zone of the Country, will sustain the offensive against all enemies of our Nation,” he added.