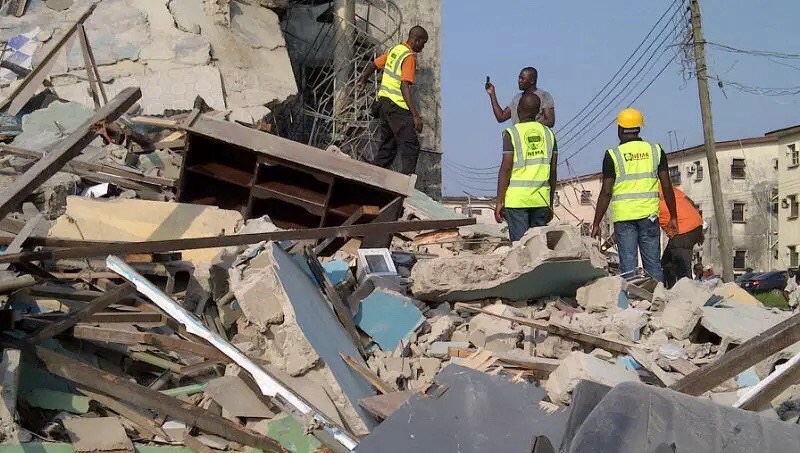 Several persons are feared trapped beneath the rubbles of a three-storey building that collapsed in the Osasa area of Bariga, a densely populated area of Lagos.

The building reportedly collapsed at about 9.30pm on Sunday.

A source in the area, who said many people are believed to be trapped in the rubble of the collapsed building, said six people have so far been rescued.

He said: “I stay around the area; the building that collapsed is a residential building and the incident happened around 9.30pm. People are still there, but rescuers have been able to pull out about six people.

“Men of the Lagos State Fire Service are already on the ground, but they are unable to gain entry yet, because the road to the scene is really bad.”

An official of the Lagos State Fire Service, however said rescue operation is yet to start because they have not being able to access the site of the collapsed building because of bad road and indiscriminate parking of cars on the street..

“We are here already but the road is bad and there is indiscriminate parking on the street. So, we have not been able to gain access to the building. The police are also around and we are thinking of what to do, but for now, rescue operation has not started,” he said.