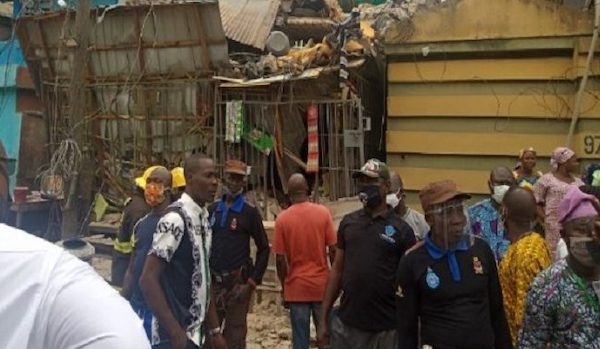 Residents of the Ebute-Metta axis, along Cement road, of Lagos have witnessed a tragic afternoon as a two-storey building bearing residential apartments and shops reportedly collapsed, trapping many in the pile.

According to reports, officials of the Lagos State Emergency Management Agency (LASEMA) arrived the scene a few minutes after the incident.

Although the cause of the incident is yet unknown, efforts are being made to rescue those trapped.