Home » Latest » Scramble for Nigeria’s Edutech space: Few questions Matinati and others are not answering 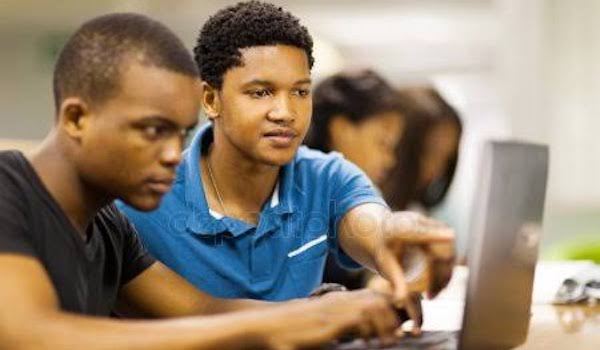 The scramble for Nigeria’s Edutech space has taken new turns lately as more investors, players and crop of developers are competing to outdo each other -of course, to create solution while making money as techpreneurs.

Perhaps, the most recent is Matinati, a new player reportedly founded by a partnership between Uk’s EducationCity and OATS Africa.

Tech enthusiasts have reviewed its idea and graded it, promising. Since it is only in its pre-launch stage, no one is certain if it will scale, eventually.

According to the product description, Matinati will be “taking advantage of blended learning, which is termed as an approach to education that combines online educational materials and opportunities for interaction online with traditional place-based classroom methods.”

This means that the Matinati team is building a product for students, teachers and schools looking at harnessing technology to harvest opportunities in line with their educational goals.

The team has successfully gained traction by reportedly “gaining popularity in Africa with companies like Chalkboard Education in Ghana at its forefront,” a review revealed. It adds that “more than 10 schools have already signed up for the program with more queuing up to be a part of this wonderful experience when it launches,” eventually.

According to Matinati’s Technical Lead and Operations Manager, Olaniyan AbdulGafar, the edutech product is “going to be the best thing that has happened to the Nigerian Education sector in a long while and would stand the test of time as the Internet isn’t looking like it’ll fade away anytime soon.”

Confident AbdulGafar, like many other edutech players, speaks this way at pitch sessions to reel products’ merits.

While it is not enough to get sold off to the pros of the introduction of technology in our education space, there are some concerns that are worth addressing in order to position edutech initiatives as healthy as possible.

Professionals and stakeholders in education admit that taking technology into the classroom can be a blessing to the enhancement of how the knowledge transfer process can become. However, they acknowledge its probable high-end negative consequences when poorly and unprofessionally deployed -especially as regards child education.

A common marketing stunt by our edutech startups is selling off on the premises that a teacher’s time is consumed by a lot of small chunk activities that can, instead, be wired into an algorithm that does the job efficiently, and saves stress, space, time and energy.

Consequently, their ideas are pitched to be timely and worth the try. When a lead is recorded and a client converted, they (edutech players) smile to the bank for providing a solution or product with high product/market fit potentials.

While there is truth in their problem statements, such as how technology can deal with tasks as common as taking attendance in schools, tracking grades, answering common student questions, or setting up projects, a few questions still suffice on the limits of what technology can do.

Some analysts argue that the impact of technology may not all that be positive and so edutech players should sell more, making public their intent on how to address some of its damaging effects on students as much as they litter the space with merely powerful positive feeds.

Here are a few posers: How won’t the Matinati product contribute further to distraction, increasing screen-time, and social isolation for students?

While not limiting these queries to Matinati, we, hereby, pose same to uLesson, PrepClass, PassNG, Tuteria amongst other edutech players operating within the Nigerian space.