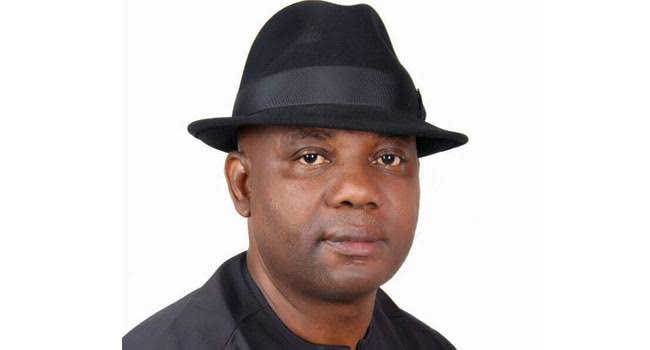 Following the sealing of the office complex of the Niger Delta Development Commission (NDDC) in Rivers State, the All Progressives Congress (APC) has accused the state governor, Nyesom Wike of frustrating the commission’s effort  in the Niger Delta.

The Rivers State Internal Revenue Services (RSIRS) was reported to have sealed off the corporate headquarters of the Commission in  Port Harcourt, the capital city, over an alleged unpaid withholding tax of about N50bn.

But the commission has since denied the allegation, saying it was incorrect.

The Deputy National Publicity Secretary of the APC, Yekini Nabena who reacted to the move by RSIRS said governor Wike was disguising to witch-hunt the NDDC management.

Nabena, while speaking to journalists in Abuja on Thursday, said, “Wike who is hiding under the guise of a bogus N50 billion unpaid tax was using the Rivers State Internal Revenue Service to harass the NDDC in a bid to frustrate the Commission’s development activities for the region.

“It is disheartening that the Governor of Rivers State, Nyesom Wike has chosen to sabotage the activities of the Niger Delta Development Commission all in his bid to score political points against the President Muhammadu Buhari government.

‘’Wike should know by now that an attack on NDDC’s operations is an attack on the South-south and other oil producing states which the commission was established to develop.”

He called on stakeholders in the region to call the Governor into order.

“In the meantime, I call on stakeholders in the Niger Delta region to call Governor Nyesom Wike to order since he has decided to take his known executive rascality to new heights.

“The interest of the Niger Delta is bigger than any individual, in this case, Wike. If this issue is unresolved and persists, the federal government must consider relocating the NDDC office to neighbouring Edo state to allow for the commission’s ease of operations”, Nabena said.

Senator Adeleke’s life is in danger, PDP cries out