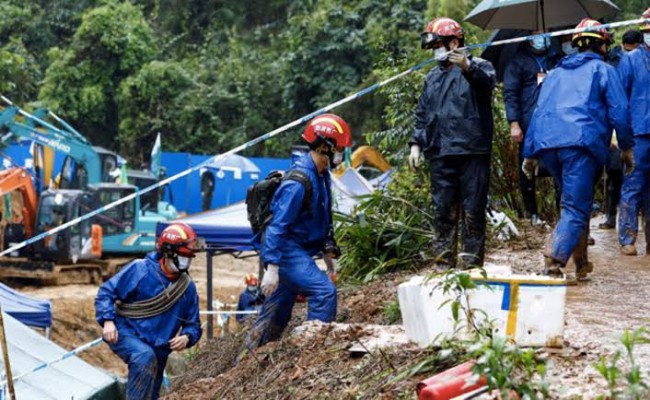 The second black box from the China Eastern airline plane which crashed on Monday has been found by searchers.

The black box which contains data such as speed, altitude and heading, was found on Sunday, according to Chinese state media, after the the first black box was found on Wednesday.

The China Eastern passenger plane, a Boeing 737-800 flight from Kunming to Guangzhou, crashed after it nosedived into a mountainside in Guangxi province, killing all 132 passengers and crew members on board, in what has been described as China’s worst plane crash in a decade.

The plane was equipped with two flight recorders, one in the rear passenger cabin tracking flight data, and the other a cockpit voice recorder.

The Chinese Civil Aviation Administration (CAAC) on Saturday, confirmed that all of the people on board the aircraft had died, and that it had confirmed almost all of their identities through DNA testing.