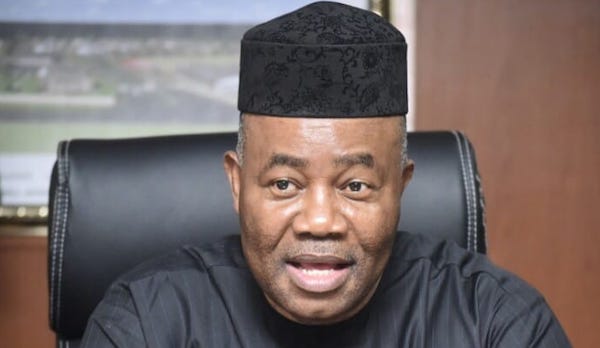 Minister of Niger Delta Affairs and presidential hopeful, Godswill Akpabio, has asserted that the portion of the Electoral Act as amended that requires presidential candidates to resign from government positions does not exist.

The Electoral Act, Section 84 subsection 12 states that “No political appointee at any level shall be a voting delegate or be voted for at the convention or congress of any political party for the purpose of the nomination of candidates for any election”.

However, during an appearance on Channels TV’s Politics Today on Thursday night, Akpabio stated that the clause was no longer in effect since it had been declared unlawful by an Abia court.

He said, “In terms of section 84(12), it speaks about elections. If you wish to go into primary, you should try to resign before you go there.

Read also: Why the N100m charged by APC for 2023 election forms is fair – Akpabio

“Even before Mr. President signed the bill, he had mentioned that it was not in line with the Nigerian constitution which contemplates 30 days before elections.

He stated that he wasn’t worried about the law because the constitution superceded it.

The President’s denial which was contained in a counter affidavit filed on his behalf by the Attorney General of the Federation and Minister of Justice, Abubakar Malami, (SAN), in response to a suit filed by the Peoples Democratic Party (PDP), against him and 12 others, noted that he only expressed reservations and concerns in respect of the aspect of the Act.

Related Topics:Akpabioelectoral act
Up Next