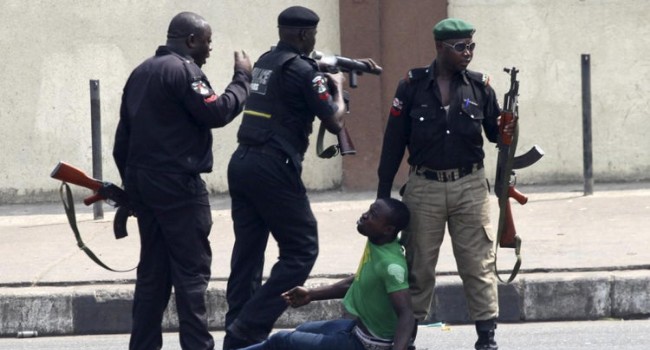 A report by the National Human Rights Commission (NHRC) has indicated that Nigeria’s security agencies have killed 18 Nigerians over measures to protect them from COVID-19 pandemic.

The number showed that the security agencies had killed more Nigerians than the virus they wanted to protect them from contracting.

As at Tuesday, the novel coronavirus ravaging the world had killed 11 Nigerians.

But in their efforts to enforce the lockdown and other measures ordered by the governments, to curtail the spread of the dreaded virus, the security agencies have sent more Nigerians to their early graves than the virus itself.

According to Tony Ojukwu, NHRC Executive Secretary, “there were 8 documented incidents of extra-judicial killing leading to 18 deaths.”

The report by NHRC said “out of this number, 12 deaths were recorded in Kaduna State. Abia State also recorded 2 deaths arising from 2 incidents; while Delta, Niger, Ebonyi and Katsina States recorded 1 death each.

The commission further said that aside the reported extrajudicial killings, that security agencies, allegedly have carried out 33 incidents of torture, 27 incidents of violation of right to freedom of movement, and unlawful arrests, 19 incidents of seizure of properties and 13 incidents of extortion.

Ojukwu, who frowned at the number of fatalities, said the development called for worries over the protocol and rules of engagement for Nigeria’s law enforcement agencies and their handling of citizens.

READ ALSO: If we’re not careful hunger, not coronavirus will kill many Nigerians —Obaseki’s wife

He said, “It’s a sheer display of impunity and reckless disregard for human life in law enforcement by security personnel.”

Ojukwu assured that the commission would ensure that victims got justice over the abuse of their human rights.

Related Topics:COVID-19lockdownSecurity Agents
Up Next