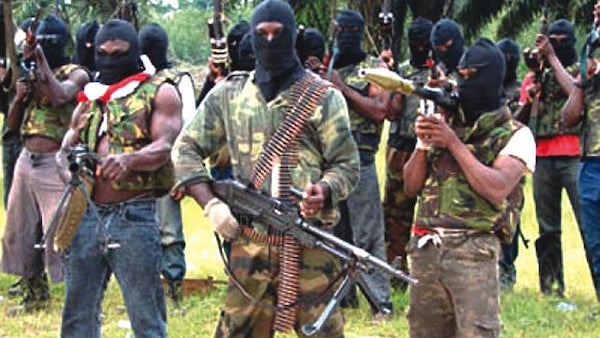 A new militant group operating in Nigeria’s South-East has been uncovered by the country’s security operatives.

A top security personnel told Ripples Nigeria on Tuesday that the group known as “Unknown Gunmen,” has its headquarters in Enugu with splinter units in Imo, Anambra and Ebonyi States.

According to him, the group was involved in coordinated attacks on police stations, military personnel and civilians perceived to be loyal to the government.

The source revealed that members of “Unknown Gunmen” had killed over 20 soldiers and policemen in several attacks in the last few months.

He said the new militant group is headed by one Tochukwu Okeke aka Owo, who was one of the founding members of Indigenous People of Biafra (IPOB) military wing, Eastern Security Network (ESN), before he fell out with the group’s hierarchy and decided to set up his own team.

He said: “As I am talking to you, our investigations have revealed that some prominent victims of the group’s criminal activities include the late Justice Stanley Nnaji who was murdered in broad daylight in May, one Ifeanyi Okeke, a manager with Sunny Bright Motors in Enugu known as Paul, as well as Prof. Samuel Ndubuisi of SEDI, and many others.

“The ‘Unknown Gunmen’ also attacked soldiers and policemen in Enugu, Imo and Ebonyi States where they have their bases.

“The group also attacked a police checkpoint at Obeagu along Enugu-Agbani road.

“Tochukwu Okeke has a well-structured band of gunmen who are armed to the teeth and heavily sponsored by some politicians who hope to find greater relevance in the crisis in the South-East.

“The group believes that with the heightened political tension occasioned by polarization of the polity along ethnic and religious lines, they can profit financially and politically by pretending to be advancing and protecting their regional or ethnic interests while in the real sense of it, they are only pursuing their personal goal of engineering and benefiting from the crisis.

“Security agencies recently raided one of their camps at Akpawfu-Amangwunze in Nkanu West Local Government Area of Enugu State where several arms, ammunition, cars and charms were recovered.

“Tochukwu’s personal house in New Haven, Enugu, was equally raided and military-grade weapons were recovered and he was arrested.

“With the arrest of Tochukwu and the destruction of their camps in Orji Rivers, Agwu and Nkanu, peace has gradually returned to Enugu.

“The Tochukwu criminal group is not affiliated with IPOB and when they kill policemen and soldiers, they do so to capture their weapons, terrorize the public, subdue the government into doing their bidding and settling them with a huge amount of money.”

Probe panel yet to submit findings on Kyari – Police