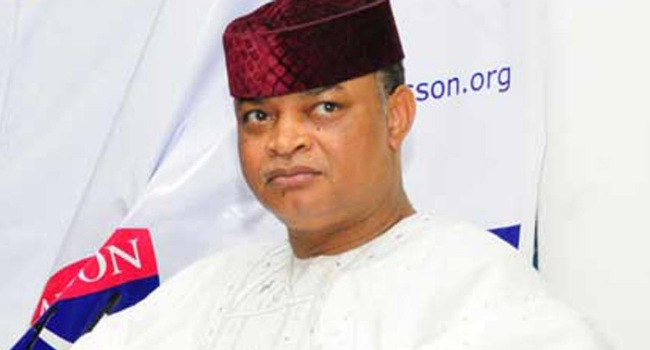 The Federal Government of Nigeria has been charged to stop the infiltration of terrorists from the West African sub-region into the country, through the troubled Northwestern region.

The call was made in a statement on Monday by the President of the Association of Industrial Security and Safety Operators of Nigeria, Dr Ona Ekhomu, while reacting to the intelligence provided by the United States of America that ISIS and Al-Qaeda terror groups were on the march to Southern Nigeria through the North-West of the country.

According to Ekhomu, the current security situation in Nigeria would be aggravated if attacks by the foreign Sahelian Jihadi groups linked to Al-Qaeda and the Islamic State were allowed to happen in the country.

The security expert also called on law enforcement agencies to detect and arrest terrorists once on Nigerian soil as Nigeria’s porous borders has made it hard for authorities to prevent infiltration into the country by foreign terrorists.

Ekhomu also noted that the rising spate of terrorist/bandit attacks in the North-West states of Zamfara, Katsina, Sokoto, Kaduna, Kebbi and Niger, was sufficient evidence of the occupation of ungoverned spaces in Nigeria, from where attacks were being launched.

“The terrorists have access to illicit weapons. So they are armed and dangerous and must be confronted with overwhelming force,” he added.