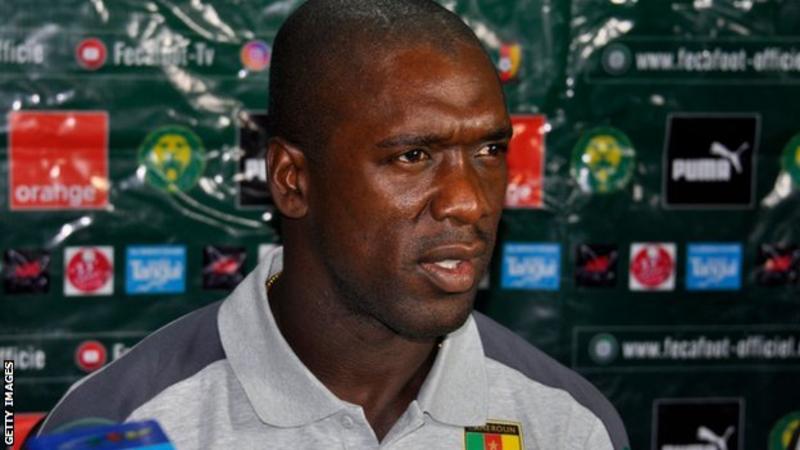 The Cameroon Football Federation has ended the contracts of national team coach, Clarence Seedorf and his assistant, Patrick Kluivert.

The Indomitable Lions failed to successfully defend the Africa Cup of Nations (AFCON) title in Egypt after they were knocked out by Nigeria’s Super Eagles in last-16.

The Federation says the sack of the former Netherlands footballer, Seedorf, was due to the premature exit of the 2017 AFCON champions from the Egypt tournament.

The 43-year-old former Real Madrid midfielder had only been in charge for under a year, having been appointed in August 2018.

Read Also: Rohr to get refresher training at Bayern as NFF vows not to sack him

“Following the premature exit of Cameroon’s men’s flagship squad, Cameroon’s football federation in line with clauses in their respective contracts has decided to bring an end to the contracts of Seedorf and Kluivert,” a statement read.

Seedorf and Kluivert were given the task of retaining the Africa Cup of Nations – which was originally intended to be held in Cameroon – and set the target of reaching the 2021 edition of the tournament and the 2022 World Cup in Qatar.

Cameroon were beaten 3-2 by Nigeria in the knockout stages of the 2019 AFCON.

The final of the competition is set to be played by Algeria and Senegal on Friday, while Nigeria battle Tunisia for third spot on Wednesday.