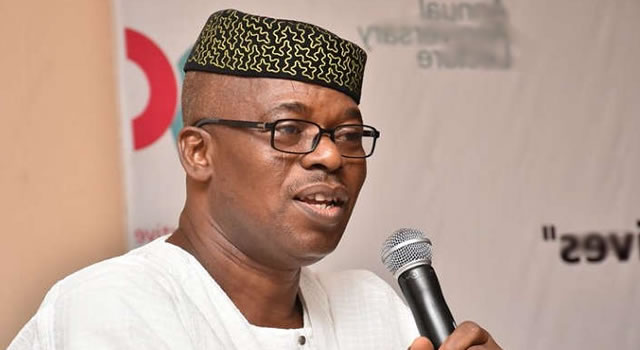 Segun Oni, governorship candidate of the Social Democratic Party (SDP) in Ekiti State, has dismissed claims of his withdrawal from the party.

A viral letter on Friday emerged with the claim that Oni had withdrawn from the governorship race to support Bisi Kolawole, a candidate of the Peoples Democratic Party (PDP).

“My Good People of Ekiti State, we regret to inform you that the SDP leadership that gave us the ticket to run for governorship is illegal as the tenure of the NWC had expired since 2020 with no convention held to elect new officers until last week”, the letter read in part.

However, in a statement on Saturday, Segun Oni disowned the letter, adding that it was utterly fake.

Similarly, his campaign spokesperson, Moses Jolayemi, added that the fake letter was masterminded by some members of the ruling All Progressives Congress (APC) to cower the opposition.

“Someone held a rally on the previous day, now they are circulating a letter that he has withdrawn. How is that possible? That is madness. Ekiti people are behind us, and they will cure this madness”, he said.

Gubernatorial poll is ongoing in Ekiti Ztate with APC, PDP and SDP as the main contenders.