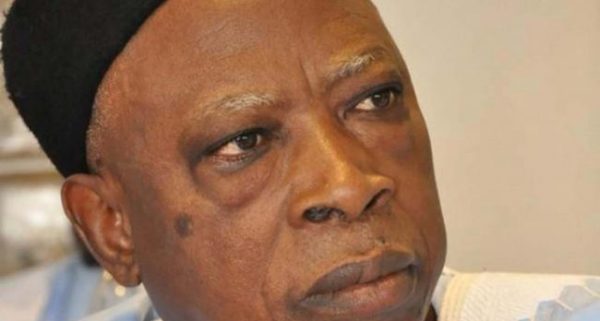 Senator Abdullahi Adamu, who was recently accused of plotting to sack Senate President Bukola Saraki, has said that the National Assembly is sabotaging the government of President Muhammadu Buhari.

He said despite the fact that the ruling All Progressives Congress (APC) has the majority in both chambers of the National Assembly, the APC led government of Buhari has been held prisoner of politics, which according to him, is unhealthy for the polity.

The senator, who represents Nasarawa West Senatorial District, and one of the lawmakers who stormed out of the Senate chamber when the Senate passed the Electoral Act Amendment Bill seeking to reshuffle elections, stated this in a statement on Tuesday.

He said in the statement: “I believe we need to retrace our steps and reconsider our stand as legislators on matters of public interest. Our party, the APC, has the majority in both chambers of the National Assembly, yet we hold the executive prisoner of politics that are unhealthy for the polity. It is such a terrible irony that we sabotage our own government by refusing to do our part in support of the executive.

“Appointments requiring Senate approval are held up. The consequence is that the public has nicknamed the President and his administration ‘go-slow.’ The people gave us the mandate as a party to deliver. With our control of the executive and the National Assembly, there is no reason why the government cannot acquit itself and fulfill the yearnings of the people.

“Perhaps, while we are consumed with sabotaging the administration and stabbing one another in the back, we forget that in less than a year from now, we shall be required to seek the people’s re-validation of our mandate to sit in these hallowed chambers. What shall we tell them?” he said.

The lawmaker from Nasarawa state went further to say that one of his “crimes” why allegations of things he knew nothing about are being leveled against him by his colleagues was due to his position on the amendment to the Electoral Act.

He said, “Me and some of my colleagues were opposed to this amendment on the grounds that it is not the duty of the Senate to determine the order of elections. It had never been part of the Electoral Act and there is no need to deny the commission the right to do its duty as it deems fit. Happily, I am not alone in taking this stand. Some of my colleagues are opposed to it too.”