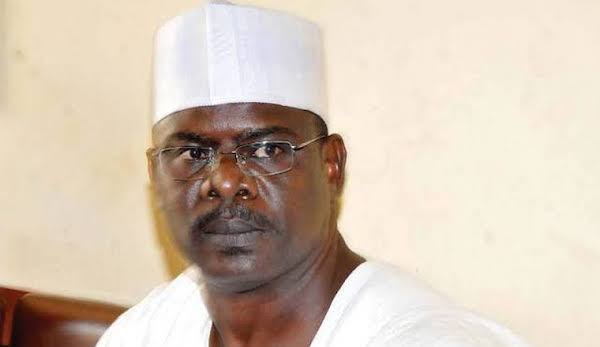 The Senator representing Borno South, Ali Ndume has revealed his plans to relocate abroad due to the spiralling insecurity across the country.

Ndume made this assertion on Thursday, during a submissions by the Chairman of the National Salaries, Income and Wages Commission, Mr Ekpo Nta while defending his agency’s 2021 budget before the Senate Committee on Establishment on Thursday.

The lawmaker said, “Personally, I’m already thinking of where to run to if the avoidable crisis is not averted. I visited Ghana and Niger recently in this regard.”

Ndume further bemoaned the rising recurrent expenditure in the annual national budget of the Federal Government.

Ndume noted that the NSIWC boss was supposed to know the total wage bill of the Federal Government workers.

He said such information would have helped the legislature to arrest the dangerous trend of increases in the yearly recurrent expenditure component of the budget.

He said the rising increment of wages and salaries without new recruitments and constant retirement of workers on yearly basis was unjustifiable.

“Honestly speaking, a time bomb is ticking out there with this policy because of the doors shut out against millions of youths seeking employment through the embargo.

“Making it worrisome is the fact that despite the policy, since 2018 till now, recurrent expenditure components of yearly budget have been increasing.

“It is bad for recurrent expenditure to be increasing on yearly basis without an increase in the number of workforce through required recruitments.

“The embargo is turning to a time bomb that can explode at any time as witnessed in some countries in recent past,” he said.