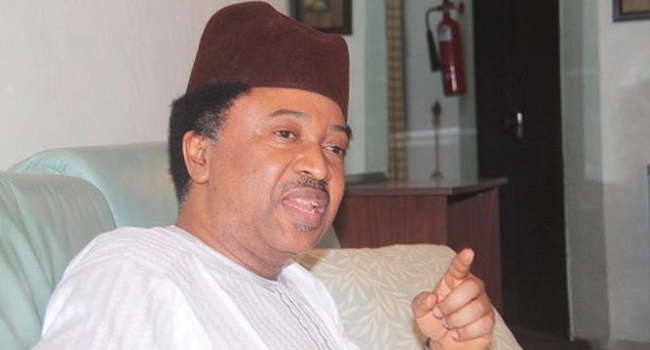 The Senator representing Kaduna Central in the National Assembly has described as ‘’shameless’’ comments by governor Abdulazeez Yari of Zamfara state that the bandits ravaging the state were more sophisticated than the Nigerian Military.

The governor who is also the chairman of the Nigeria Governors Forum (NGF) after meeting with President Muhammadu Buhari on Tuesday claimed that the bandits had more than 500 AK 47 rifles and that the military could not match their arsenal.

The Governor said: “I have told my people that dialogue will no longer take place during my time because I have done that three times, but it did not work.

“This is in the sense that we know their capacity.

“For instance, during the first dialogue, they invited some of our team, army, DSS, police, and my chief security officer as well as some representatives of traditional rulers and we have seen what they have.

“They are in control of the kind of weapons that the security command in Zamfara does not have.

But Sani who lost his reelection bid, said Yari’s comment was an indication that both governor and the ruling All Progressives Congress (APC) had technically lost the fight against banditry.

He said, ‘’For a Governor from the ruling party & the chair of the Governors forum to have openly revealed that Bandits are better armed than our military,& without a counter from the FG, needs no further comment on the security situation in the country & the shamelessness of the situation.’’

Meanwhile, the military is yet to react to Yari’s claims.

2019 election was a sham, lawmaker says as Senate condemns use of military