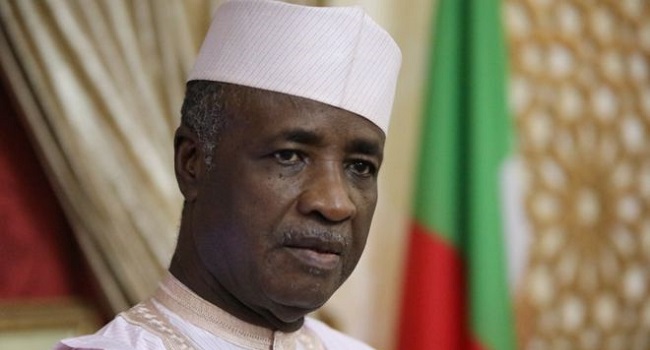 Former Sokoto governor and Senator representing Sokoto North in the National Assembly, Aliyu Wamakko, and political leaders in the South-East have disagreed over the raging insecurity in the region.

Wamako had, in a statement on Monday, accused the South-East political leaders of complicity in the security situation and challenged them to speak up in condemnation of the violence in the region.

Wamakko also insinuated that the silence of the leaders of the region could be interpreted as subtle support for criminal gangs in the region.

He made reference to an incident which happened last Friday where a trailer conveying cows from the north was burnt down in Awka, Anambra State by angry youths following an accident that left eight children dead.

The accident, according to eyewitnesses, occured when the truck’s brake reportedly failed while descending the Kwata junction slope, knocking down the eight children who were hawking on the street, while also injuring four occupants of two other SUV cars, which were all mangled.

Irate youths in the community who thought the truck and cows belonged to a northerner, quickly mobilised and set the vehicle, including the cows, ablaze.

He also cited the killing of former Special Adviser on Political Affairs to ex-President Goodluck Jonathan, Ahmad Gulak who was assassinated in Owerri, Imo State, recently.

“Prior to the assassination of Ahmed Gulak last Sunday in Imo, thousands of our people have suffered a similar fate in the hands of the increasingly emboldened IPOB militants.

“In the past week alone, there have been three incidents of arson and looting against properties belonging to Northern traders travelling in the South-East.

“Last weekend, a truck of onions with about 500 bags of the commodity was ransacked by members of the IPOB in a daylight robbery in Owerri.

“Through all these, as individual leaders and collectively, we’ve maintained a studied silence by avoiding anything that will further rock the boat.

“Regrettably but curiously, our friends and compatriots, leaders of Igbo extraction, have remained dead silent in the face of increasing assault and effort by their own people to stoke nationwide mayhem.

“For whatever reason it is, I want to loudly call them out to speak up. Silence is no longer acceptable in the face of this clear danger and threat against the country.

“The silence by political leaders and other prominent persons from that part of the country tells us only one thing: their tacit approval for the activities of the murderous IPOB gangs.

“As leaders of our own people, we’ve been under intense pressure over the current situation. We can’t bear it any longer.

“If leaders from the South-East feel they can allow their own people to do what they want, we may have no choice but to stop dousing the increasing tension among our own followers.”

But in a reaction on Tuesday, a faction of the Ohanaeze Ndigbo Worldwide fired back at Wamako, insisting that Northern elders are the ones responsible for the insecurity in Nigeria due to their quest to hang onto power beyond 2023.

In a statement signed by the faction’s Secretary-General, Mazi Okechukwu Isiguzoro, the group accused the North of being responsible for all the disaster in the South-East based on an earlier warning by the US Embassy, Abuja.

Accusing Wamako of making inciting statements capable of causing ethnic cleansing and turmoil in the country, Ohanaeze said it is laughable that the likes of the former governor could not find solutions to the frightening insecurity challenges in the North for the last seven years.

“Northern Elders are behind the chaos in Nigeria as a ploy to retain the Presidency in the North beyond 2023 as they did to Jonathan in 2015,” the statement said.

“So they exported violence to the South-East to keep Igbo leaders busy with insecurity challenges and set traps for them (Igbo leaders) to fall in and get arrested.

“We are amazed at how someone who couldn’t remove a spark of dust in his eyelashes could see the remedy for the log of wood in the eyes of Ndigbo.

“Wamakko’s assertion that Igbo leaders are behind the scenes motivating the violence in the South-East has exposed the northern secrets of supporting bandits and Boko Haram for economic and political reasons.

“The silence of Igbo leaders is golden and will generate confusion in the camps of sponsors of terror in the South-East.”

Leadership is not about bullying —Former SSG, Onyeagocha