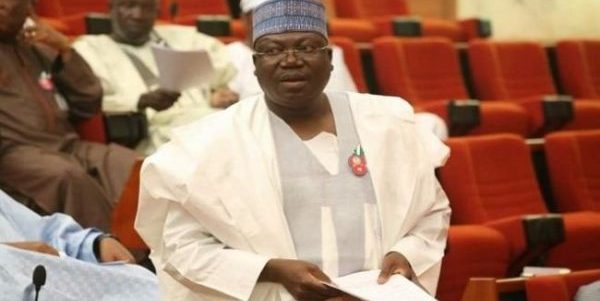 Majority Leader of the Senate, Ahmed Lawan, has described as a welcome development Vice President Yemi Osinbajo’s call for the creation of state police and said that the National Assembly will consider it.

Vice President Osinbajo had on Thursday, while declaring open, a security summit organized by the lawmakers on behalf of President Muhammadu Buhari, advocated the establishment of state police as the solution to wanton killings by suspected herdsmen and other rising security challenges plaguing the country.

Responding to the call by Osinbajo when he spoke with State House correspondents after observing the Juma’at prayers at the State House Abuja Mosque on Friday, Lawan said, “Well, I’m not a legislature as such because I am only one member of the legislature.

“But as a committee member of the Ad-hoc Committee on Security and the Review of Security Infrastructure in Nigeria, I believe that the suggestion by the Vice President that we should go the way of state Police and even consider community policing, is very good suggestion and we are going to take it on board in the National Assembly.”

On how the synergy will solve the security challenges he said, “Of course. That is what we have been able to achieve with this. The Summit was declared open by the Vice President on behalf of Mr. President and that was a typical example of collaboration, cooperation and partnership between the executive and the legislature. And we are so happy that this partnership is working.

“We have not concluded because the summit will continue on Monday and that will be the end of this particular summit and then the Senate will pass resolutions which the executive will definitely consider and implement by the grace of God.”

The Leader of the Senate expressed optimism that the security issues will be tackled, but added that there is time for the leaders to think in a very positive manner “that we should be able to solve our problems. If we cannot solve the problems, then why did we even venture into it?

“I’m an optimistic person and I believe that coming together, the executive and the legislature, we can solve any problem in Nigeria if we have the support of Nigerians.”

Expressing support for the appointment of Senator Bola Tinubu to lead the ruling All Progressives Congress reconciliation team to reconcile warring interests in the party he said, “Fantastic! In fact that committee should have been constituted long time ago because APC is plagued by some internal issues and I believe that these are issues that are surmountable.

“The Tinubu committee will definitely add value into reconciling the warring sides so to speak.

“Time is against us. We have to really kick start this process of reconciliation immediately and I believe that as a family, we should be able to come out very much more united than we were before.”