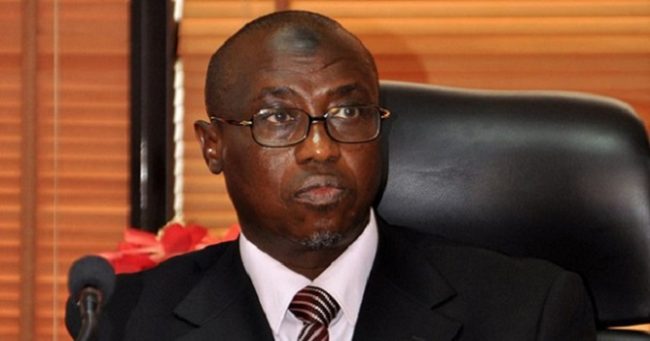 The Nigerian senate has set up an ad hoc committee to probe a $3.5 billion “subsidy recovery fund” said to be managed by Maikanti Baru, Group Managing Director (GMD) of the Nigeria National Petroleum Corporation (NNPC), and the corporation’s finance director.

The senate’s decision was sequel to a motion on matters of national importance sponsored by Biodun Olujimi, minority leader of the senate.

Olujimi said the “slush” funds is “too huge” to be managed by just two people.

The senator said the relevant committees should invite the NNPC officials to explain why the fund is being operated and what has been spent from it.

“Mr President since 1999, there has always been a budget for subsidy but this has been jettisoned by the current government which leaves this administration in a dire strait, what is happening is that there is a fund named subsidy recovery fund which is managed by only two individuals of the NNPC, that is the managing director and the executive director finance.

“This fund is too huge for two people to manage. Right now Mr President the $3.5 billion is managed by just two and this is too huge to be managed without appropriation without any recourse to any known law of the land.

“During your remarks after the passage of the budget. You mentioned that there should be a budget for subsidy. That should be brought before the national assembly. By the report, it is almost certain that the $3.5 billion is slush funds managed by two individuals and that is not correct.

“I urge the senate to cause the downstream committee to invite the NNPC to explain why it should be so and what has happened to the funds that have been used so far and the new term recovery instead of subsidy approval.”

On his part, Ali Ndume, senator representing Borno South, said the petroleum downstream committee might have been “compromised”.

He called for the setting up of an ad hoc committee.

“I don’t want to be hard on the committee. I think the committee has the responsibility of oversight, when this happens they are supposed to know. Senator Marafa being chairman of the committee should be out of this,” Ndume said.

“The senate leader and other members should look at this thing objectively. When you have a large amount of money stacked somewhere, it calls for caution. I’m suggesting that the leader. As distinguished senator Bukar Abba said – not me – that the committee might have compromised.”

On his part, Senate President Bukola Saraki said the facts of the issue should be investigated.

“[The committee] summon those in the NNPC who are responsible and come back to us in four days on a report that we can all debate – if it’s speculative it becomes partisan so we will come out with the facts,” he said.