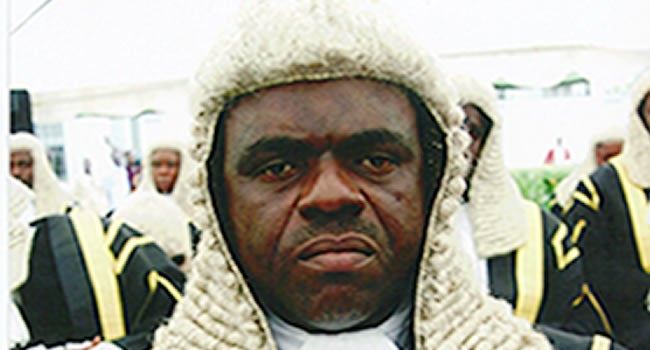 The Senate on Tuesday confirmed the appointment of Justice John Tsoho as the Chief Judge of the Federal High Court.

President Buhari had after the Nigerian Judicial Council (NJC) recommended that Tsoho be appointed as the CJ of the Federal High Court, written the Senate to confirm him.

Bamidele, while presenting his committee’s report told the Senate that the appointment was required after the former CJ of the court retired at 65 years of age as provided by Section 291(2) of the Nigerian Constitution.

He said, “In compliance with this requirement the erstwhile Chief Judge, retired on July 25, thus making the position of the Chief Judge of the Court, vacant.

Read also: Senate confirms 15 for NDDC board, speaks on ‘bad image’ of commission

“For the avoidance of doubt, the appointment of Justice Tsoho was made pursuant to Section 250 of the 1999 Constitution.

“It provides that the appointment of a person to the office of the chief judge of the federal high court shall be made by the president on the recommendation of the National Industrial Council subject to confirmation of such appointment by the Senate.”

Senator Gabriel Suswam (PDP-Benue), who is a member of the committee, gave credence to the report. He said that Tsoho was a man of unimpeachable integrity.

On the confirmation of Justice Kanyip as president of NICN, the Senate said his appointment became necessary following Justice Babatunde Adejumo retirement as the President of NICN, after attaining the mandatory retirement age of 65 years as provided by Section 291(2) of 1999 Constitution.