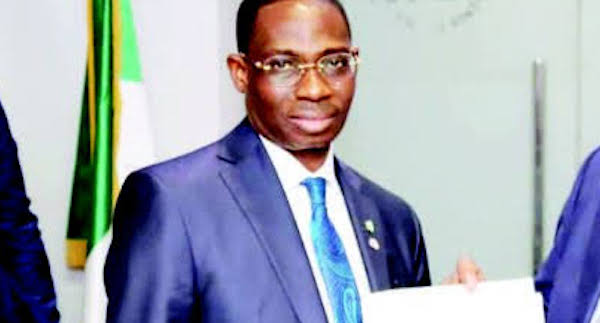 The Nigerian Senate has approved the appointment of Muhammad Nami as Executive Chairman of the Federal Inland Revenue Service (FIRS).

President Muhammadu Buhari had written the senate on December 9, asking it to screen and confirm Nami as the replacement of the former FIRS boss, Babatunde Fowler.

He also sought the approval of the red chamber for the appointments of 13 others as members of the FIRS board.

The report which was presented to the plenary on Wednesday also confirmed the other board nominees representing the various zones of the country.

Other members of the board appointed from the ministries, agencies and departments of the federal government are, Ladidi Mohammed (Attorney General of the Federation Office), Godwin Emefiele (Central Bank of Nigeria), Fatima Hayatu (Ministry of Finance); Maagbe Adaa (Revenue Mobilisation Allocation and Fiscal Commission); and Umar Ajiya (Nigerian National Petroleum Commission).

The rest are, DCG T. M. Isah (Nigeria Customs Service) and the Registrar General of the Corporate Affairs Commission.

Also on Wednesday, the red chamber confirmed the appointment of Mr Edward Adamu as the new Chairman of the Asset Management Corporation of Nigeria.

In his remarks, Senate President Dr Ahmad Ibrahim Lawan charged the board members to work in the interest of the country.

He said the senate would continue to engage them on a quarterly basis to work on challenges confronting the agency in order to generate maximum revenues for the country.